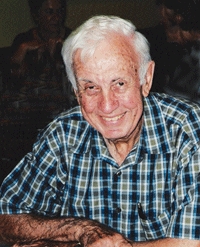 Well known for his wicked sense of humour, Dr Gillman came to Brisbane in 1962 to the Presbyterian Church’s Emmanuel College Theological Hall, having accepted the position of Professor of Theology and Lecturer in Church History.

When the decisions regarding union were before the Presbyterian Church Assembly in the 1970s, Dr Gillman presented the case.

Former Moderator Rev Don Whebell said Dr Gillman was one who contributed much to the lives of many. “We are grateful for his faith, insights and personal gifts, and for the profound contribution he made to the drafting of our Basis of Union," he said.