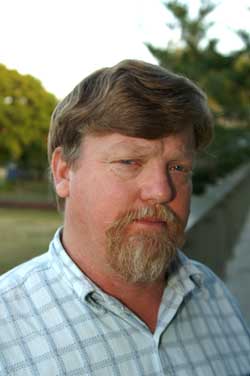 The Reforming Alliance (RA) and Evangelical Members of the Uniting Church (EMU) groups who have consistently asked the Assembly to make a doctrinal ruling on whether people living in same-gender sexual relationships should be ordained met following the Assembly to consider a response to its decisions.

An EMU press release following the meeting described the new decision as confirming Resolution 84 of the 10th Assembly and claimed it strengthened "the relentless march of the UCA towards the full acceptance of practicing homosexuals in the ordained ministry".

Frustrated by what national EMU spokesperson Rev Stephen Estherby called the "refusal of the national Assembly to affirm the traditional teaching and practice of the Uniting Church", the meeting determined to set up a new grouping of dissenting members which called the "Assembly of Confessing Congregations".

"For us, the Assembly of Confessing Congregations represents the hope of a new beginning and a way in which we can remain associated with the UCA with integrity," said Mr Estherby.

The group’s Charter claims it will ensure that matters of doctrine are determined according to the teachings of scripture within the Reformed Evangelical tradition of the one holy catholic and apostolic church but goes on to suggest that it will parallel the responsibilities of the National Assembly of the Uniting Church in Australia’s regulated authority to maintain ecumenical relations with the National Council of Churches in Australia and with partner churches in Pacific and Asian regions.

Uniting Church President Rev Gregor Henderson described this move as seeming to suggest the group wanted to establish a series of parallel structures within the Uniting Church.

"The Church’s Basis of Union provides for members of the church to work within the established councils of our Presbyteries, Synods and the Assembly and the proposed Charter appears to be in breach of this," he said.

A Reforming Alliance spokesperson told Journey that the proposed new grouping would be inaugurated in October and Mr Estherby said they were not asking people to join yet.

"The big issue we have is that until we know how many people are interested we don’t exactly know what the organisation is going to look like," Mr Estherby said

Mr Henderson said it is not fair for members of the church to be asked to sign off on any proposal without sufficient detail.

"Congregations are entitled to all the information before they are asked to join a group that … claims to reject the authority of Presbyteries, Synods and the Assembly," said Mr Henderson.

"I encourage congregations to take their time before making any decisions and to wait until further information about the exact nature of this proposal is available."

"RA and EMU are caretaking the Assembly of Confessing Congregations up until its inauguration.

"We are trying to find ways in which we can remain … and after years and years of talking about the sexuality issue we are virtually at the point where we have lost confidence in the ability to make changes through the existing structures."

So far the group agreed to a date for a meeting with the Uniting Church President to discuss their proposals.

Mr Henderson expressed surprise that the leaders of EMU and the Reforming Alliance were not yet prepared to meet with him.

Mr Estherby said that while "it will happen … we weren’t going to be called in that quickly because we hadn’t actually done sufficient work to be able to enter into negotiations.

"We will meet with the President as it is helpful and when we’ve got the materials that we are going to put out.

Mr Estherby said there is an ideological difference between his group and the Uniting Church National Assembly about how change was happening and that might mean they would not be able to work fully within the regulations of the Uniting Church.

"The structure is not sacrosanct… the institution really wants transitional change whereby everything is agreed but that would take 900 years I reckon at the rate we make decisions.

"We just can’t wait that long so what we’re seeking for ourselves is a transformational change."

Mr Esthaby told Journey that the use of the word "Assembly" in the name of the proposed group was deliberately chosen to represent an alternative to the current Uniting Church structure.

"Some people don’t like [the name] even within in our own group – they think it’s provocative.

"What we’re trying to do is say that the Assembly has failed us and we need to offer an assembly that is not failing the people."

Mr Esthaby said the group had not been satisfied with the proposal brought to the 11th Assembly by Rev Dr David Pitman and Rev Jenny Tymms from Queensland.

The proposal had offered to allow congregations not prepared to have a person living in a sexual relationship outside of a marriage as their minister to register that intent by memorandum of agreement with the synod.

"What was proposed there was a network whereby we were given some space within the church to do our own thing," Mr Esthaby said.

"What we’re saying is that’s not enough. We weren’t asking for space within, we were actually saying we believe certain things within the Uniting Church need to be corrected and we couldn’t do that under a network.

"We actually want a fair share of power and self-determination for ourselves. We don’t want all the power but at the moment we feel that we don’t have any at all."