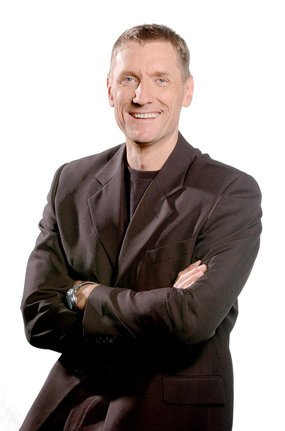 Pine Rivers Uniting Church (PRUC) is looking for a few good men from around Queensland to nail down $20 000 toward an urgent state-wide Uniting Church appeal for assistance to undertake urgently needed repairs to the minister’s residence on Thursday Island.

PRUC Men’s Ministry coordinator Phil Smith said his blokes would chip in at least $1000.00 by the end of January.

“That’s not a lot of money,” said Mr Smith. “If nineteen other men’s groups follow the lead, we’ll have about a third of the cash needed for the project. The blokes of the Uniting Church in Queensland could adopt this project as a great vehicle for building men’s ministry, and rebuilding the house on TI at the same time.”

Launching the appeal the Uniting Church Moderator Rev Dr David Pitman said the most northerly manse in Australia is in such poor condition it does not meet even the most basic standards required by the church.

“Members of the local church and community on Thursday Island have very limited means and the cost of the repairs required is well beyond their capacity,” Dr Pitman said.

The condition of the manse has been run-down over a number of years and now needs extensive maintenance and renovation to restore it to a acceptable condition.

Once the centre of a lucrative pearling industry, Thursday Island at the tip of the Cape York Peninsula is about 4.5 square kilometres in area with a mostly Indigenous population of around 3000.

North Queensland Presbytery Minister Rev Bruce Cornish said a builder has been found who is willing to undertake the work required but the presbytery did not have sufficient funds to finance the project.

Dr Pitman said, “We believe that there are individuals and groups in the Uniting Church in Queensland who will want to support this appeal and I urge our members and congregations to contribute to a very worthy cause.”

The Pine Rivers men hope that by taking up this challenge, congregations could create fund raising activities that bring men into fellowship, build friendships and even create outreach opportunities.

How about a dinner in Dalby or a movie night in Moreton Rivers? Sausages could sizzle on the Sunshine Coast and Townsville could make this a trivial pursuit.

“With hundreds of men committed, this won’t be hard,” Mr Smith insisted. “Our Sunday Schools and Youth Groups raise thousands to give away each year. It’s about time men did more than meet for fellowship and a game of carpet bowls.”

“Even after the contractor has finished on the island, there’ll be painting and other finishing-off to be done,” he said.

“If there are men who would like to see the results of their fund-raising efforts, perhaps we can organise a working bee in the dry season.”

To help visualise the Few Good Men challenge, the PRUC team has adopted another good misquote from the movies: “You want the roof? You can handle the roof!”

Now who is going to make the T-Shirts? (There’s another fund raising idea!)