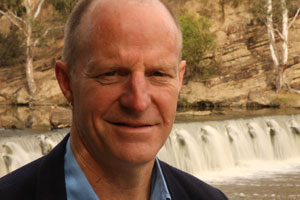 The Uniting Church in Australia has warned that Tony Abbott’s denial of Australia’s discriminatory past promotes a disturbing and socially divisive doctrine which could erode historical facts of national importance.

Uniting Church President Rev. Alistair Macrae said the comments made by the Leader of the Opposition revealed a very selective reading of our nation’s history and ignored Australia’s legacy of Indigenous and migrant discrimination.

“If Mr Abbott is claiming that Australia has had a fairer, more diverse and more easy-going past than the ‘black armband view’ of our history then he needs to demonstrate that with facts and not just rhetoric,” said Rev. Macrae.

National Administrator of the Uniting Aboriginal and Islander Christian Congress, Rev. Shayne Blackman said Mr. Abbott’s view that Aborigines were ‘sometimes’ treated cruelly is a gross understatement of an attempt to rewrite the history books for political gain.

“It is a fact that Indigenous Australians were often cruelly treated, until relatively recently forced into hostile places and even massacred. We see the results of this today in the range of tragic Indigenous socio-economic outcomes in this nation.

“If Mr Abbott believes that these tragic events happened only infrequently I challenge him to engage with the broader Indigenous community who are still suffering the lingering effects of our nation’s legacy towards its original inhabitants.

“In this election year people want leaders who can demonstrate moral fortitude, truth and a commitment to learning from the past to enact policies that will deliver just, equitable and prosperous futures – not attempting to rewrite history for political persuasion,” said Rev. Blackman.

Rev. Macrae said “It is unarguable that Australia has a history of discrimination especially towards aboriginal people. It is also a fact that racially based discrimination continues to overshadow Australia’s long and rich dimension of peaceful and fruitful cultural and linguistic diversity. While we cannot change the past we need to accurately describe it in order to work for a more just and equitable future for all Australians.”