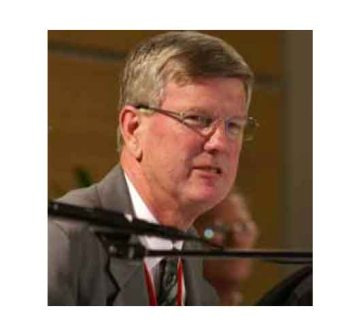 The President of the Uniting Church in Australia Reverend Gregor Henderson has today expressed shock at the latest in a series of murders of protestant pastors from the United Church of Christ (UCCP) in the Philippines.

Reverend Henderson said he was shocked and appalled by the murder of Pastor Felicisimo Catambis, who had been devoted to caring for the poor and disadvantaged of Leyte Province.

Pastor Catambis was gunned down last week, while riding his motorbike in Leyte.

The 60-year-old pastor is the third member of the UCCP murdered in the Leyte province in as many years and adds to the 16 murders of UCCP ministers and members carried out between 2004-2006.

“There is an ongoing record of attacks on people who are working in Christian ministry,” Rev. Henderson said.

He said that a Uniting Church report into the murders of church workers in the Philippines – Getting Away with Murder – was launched 18 months ago and yet the situation hadn’t changed since that time.

“The murders, assassination attempts and death threats have been going on for years and these cases have a tendency to remain unsolved, despite the fact that people such as Pastor Catambis have no known involvement with any militant or progressive groups.

“The President of the Philippines, Gloria Macapagal-Arroyo is aware of the situation, but there has been a lack of progress in bringing any of those responsible for the murders to justice.”

The United Church of Christ in the Philippines and the Uniting Church in Australia established a relationship of solidarity and support in 1984.

“We would like to assure the UCCP of our continued solidarity and our prayers at this distressing time,” Rev. Henderson said.