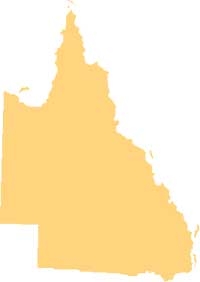 A modest recipient, Southport Director for Crossroads Dr Barbara Elizabeth Craig, almost turned down her Medal of the Order of Australia (OAM) but agreed to accept it on behalf of everyone.

Also Co-Director of the Gold Coast Breast Screening Services and Assistant Professor at Bond University, Dr Craig was awarded her Medal for service to medicine in the areas of palliative care, women’s health and medical ethics; and to the community.

Dr Craig has achieved much of her remarkable community work while living with multiple sclerosis (MS) which has confined her to a wheelchair.

Dr Craig initially became involved in Crossroads, the Uniting Church ministry with people with disabilities, because of her son Tim who is intellectually disabled.

Included in the Queen’s Birthday 2007 Honours List announced today by the Governor-General, Major General Michael Jeffery was another Gold Coast resident Mr Jack Bearne Chapman from Burleigh Heads. Mr Chapman received his OAM for service to the community through a range of church and service organisations, particularly in the field of choral performance, and to the optical lens manufacturing industry.

As Choir Master for the Burleigh Heads Uniting Church for the last six years Mr Chapman has organises choir performances at local nursing homes and assisted a choir of local residents to sing at the Probus National Rendezvous to be held on the Gold Coast in 2007.

Other Uniting Church Queens Birthday OAM honours recipients included Elder of St Stephen’s Uniting Church in Toowoomba Mr Norman William Jenner for service to the community, church, sporting and youth organisations, and Ms Elaine le Neve Unkles of Kelvin Grove for service to physiotherapy and health administration, and to the community through the Wesley Mission Brisbane.

Ms Unkles has been a member of the Wesley Mission Brisbane Council for seven years and Chair since 2004.

Chairman of the Council of the Order Sir James Gobbo encouraged community members to nominate people who provide outstanding community service for the national recognition in the Honours List.

“These awards recognise particularly the quiet achievers who serve the community but do not seek accolades for themselves.”