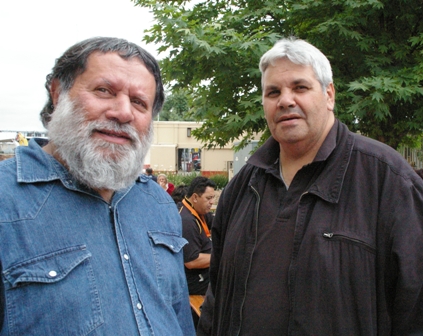 The Uniting Aboriginal and Islander Christian Congress (UAICC) wants a treaty that is consistent with the intentions of the South Australian Letters Patent of 1836.

The Letters Patent guaranteed the rights of "any Aboriginal Natives" and their descendants to lands they "occupied or enjoyed".

"The mood of the 400 members from throughout South Australia was to strongly endorse the proposal and stand in solidarity with our Indigenous brothers and sisters," said Rev Dyson. "The Church regards this as an important social justice issue."

UAICC SA spokesman Rev Ken Sumner said such a treaty will bring healing to Aboriginal people and restore their rights.

"Indigenous people are carrying generations of pain for the wrongs of the past," said Rev Sumner.

"We bury our people and they leave this life with broken hearts because of past injustices.

"Our people die with unfinished business. We don’t want to pass this onto our children or grandchildren and neither do you.

"We are overwhelmed by the Church’s support. This is a really significant step."

The church will establish a working party with members of the UAICC to explore the matter further.