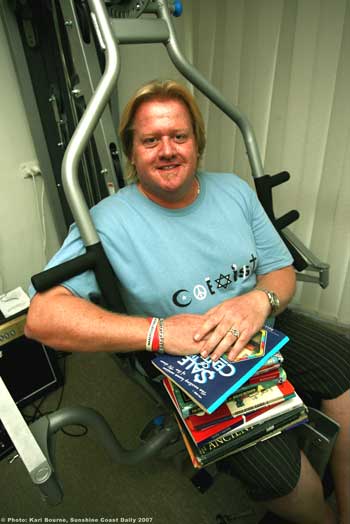 Minister of the Kawana Uniting Church Congregation on the Sunshine Coast Mr Fox had a five night winning streak in the week before Easter taking home a total $105,000 in cash and prizes.

This was Mr Fox’s third try at a TV quiz show and the best result ever.

“I did Sale of the Century a couple of times. The first time was 15 years ago but I failed miserably and finished with $15,” he said.

With the encouragement of his wife Karen, he had another go and is now the proud owner of a new Volvo turbo diesel SUV.

The biggest gaffe of the event was Mr Fox’s answer to the question “What day do Christians celebrate the anniversary of Christ’s death?” which was broadcast on Good Friday.

Journey asked why he stumbled and only got to Good Friday after the lockout bell.

“Embarrassing wouldn’t really begin to describe it but the pain is lessened somewhat by the new Volvo in the garage.

“It added stress too – if I couldn’t answer what should have been a ‘specialty’ question how was I going to go for the rest of the show?”

Mr Fox said that by that stage of filming his head was spinning so much he was lucky he could talk.

Asked if he was “tempted” to try yet another game show Mr Fox said, “Absolutely. It’s pretty much the only chance I have to look smart and make use of all the otherwise useless information floating around in my head.

“Besides which it’s a lot of fun and winning is pretty nice if you can do it.”