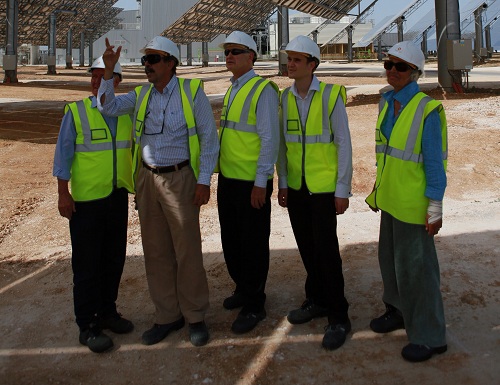 CLIMATE change is a moral issue.

Those least responsible for creating the problem will be the most affected.

The culture of the developed world assumes a right to ever higher standards of living and consumption.

By contrast, the aspirations of the developing world centre on basic needs for health, nutrition and education.

God has given us clear direction on how to live.

We are to care for his creation, the poor and our neighbour as ourselves.

The Uniting Church says we have a moral duty to act – and urgent action is needed.

In Queensland, for example, the Great Barrier Reef and coastal settlements are at risk.

A carbon price on fossil fuels is an incentive to invest in renewable energy, and is the most effective and cheapest way to cut GHG emissions, according to the Organisation for Economic Co-operation and Development.

And in further encouraging news, this year world investment in clean renewable energy has outstripped investment in fossil fuel for the first time, according to Australian Chief Climate Commissioner Tim Flannery, as reported in the Sydney Morning Herald on 4 August.

But Christianity teaches us with the story of David and Goliath that we can succeed even against huge odds.

What we can do:

2. Visit, telephone or write to your local Member of Parliament, the Prime Minister and the opposition leader.

• reduce use of fossil fuels and increase use of non-nuclear renewable energy sources.

Marguerite Marshall is a Uniting Church member, Al Gore–trained environmental leader in The Climate Reality Project, and a presenter of Beyond Zero Emissions.

Australia emits more GHG than any developed country per head of population.

For a safe climate, GHG emissions must peak by around 2016.