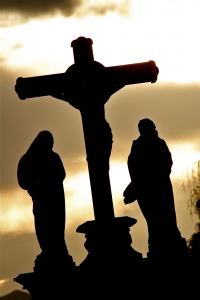 THE latest Australian census shows that the number of non-believers is growing but Christianity is still identified as the dominant faith.

The proportion of people who reported no religious affiliation grew to 22.3 per cent in 2011 from 18.7 per cent from the last census in 2006, according to the report released on 21 June by the Australian Bureau of Statistics.

Christianity still remains the dominant faith, with 61.1 per cent identifying as Christian, down from 63.9 per cent, with just seven per cent saying they regularly attend a Christian church.

One in four Australians said they were Catholic, 17.1 per cent Anglican, and 5.7 per cent are affiliated with the Uniting Church, a union of the Methodist and Presbyterian churches and the Congregational Union.

Influenced by immigration from Asia, the report said, Buddhists now account for 2.5 per cent of the population (up from 2.2 per cent); Muslims are 2.2 per cent, compared to 1.7 per cent and Hindus are 1.3 per cent, up from 0.7 per cent.

The Vicar-General of the Catholic Archdiocese of Adelaide, Fr. Philip Marshall told Adelaide Now that while the search for spirituality was strong, the church needs to be "less of an institution," adding that "we need to work harder at communicating the message … to people who have a hunger to hear."

The census also shows that Australia's total population grew to 21.5 million, up 8.3 per cent.

For the first time, most Australians aged 25 to 34 are no longer Christian.

Just 49 per cent identified with any Christian denomination, almost half of them Catholics.

"We need to present in a fresh and vital way the significance and meaning of Christianity for their lives," the Roman Catholic bishop of Sydney, Julian Porteous, told the Australian Broadcasting Corp.