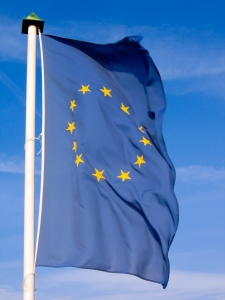 CHURCHES and religious communities are well placed to build bridges among European Union societies, nurture solidarity between young and old, and help tackle the economic crisis and demographic challenges, according to EU leaders speaking to religious representatives at a meeting in Brussels on 12 June.

The meeting, called "Intergenerational Solidarity: Setting the Parameters for Tomorrow's Society in Europe," was attended by members of the Christian, Jewish, Muslim, Hindu, and Bah'ai communities, and included a speech from European Commission president Jose Manuel Barroso, who called for a more "cohesive Europe."

Monsignor Andre-Joseph Leonard, Archbishop of Malines-Bruxelles, said immigration is part of the solution to the problem of an aging demographic, but also drew attention to less considered option, fostering a higher birth rate in EU by offering incentives to families to have more children.

Riccardo Di Segni, chief rabbi of Rome and vice president of the Conference of European Rabbis, said governments should provide incentives to help family development, but noted immigration is "some compensation for our shrinking population."

"We need to develop positive models of living together, so that immigration does not turn into a social drama but is a way of allowing us to all grow together," he said.

Mohammed Moussaoui, president of the French Council of the Muslim Faith, said the trend of increased globalization "is certainly going to generate more mobility of populations and the presence of groups practicing different religions on the European continent is a reality."

A good experience of immigration in Europe, he noted, could set a good example for the rest of the world.

"Tensions which exist may not in fact be religious, or cultural, and more of an economic or social nature, so I think it would be a mistake to take these tensions and constantly attribute them to religious and cultural differences," added Moussaoui.