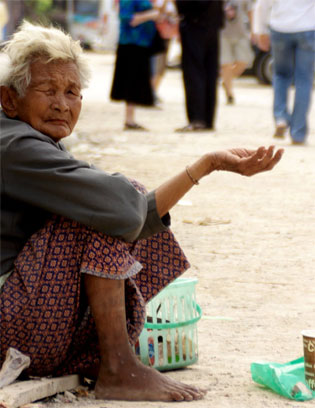 TIME is running out to achieve the Millennium Development Goals (MDGs) by the target date of 2015, say Christian anti-poverty campaigners, who are heading to Canberra in September for the annual Voices for Justice gathering.

The lobbying and training event in the national capital will feature speakers on issues relating to Australian aid and development, including key topics such as climate change, tax reform, and the links between disability and poverty.

The MDGs are a set of eight targets, each with clear indicators to measure progress and success, which aim to halve world poverty by 2015.

In September 2000, all 189 member states of the United Nations signed on to the goals.

The Voices for Justice event will launch Finish the Race, a campaign to encourage Australian churches, schools and individuals to maintain the pressure on politicians to achieve the MDGs by the target date.

"We are now on the last leg of this journey," said Angela Owen, Media and Communications Coordinator for Micah Challenge Australia.

"While much progress has been made towards alleviating poverty, there is still much to be done. This year's Voices for Justice is the last before the next federal election (which is the last election before the 2015 deadline), and a vital opportunity for Christian campaigners to collectively influence government policy."

Micah Challenge is a global movement of aid and development agencies, churches, schools, groups and individual Christians who support the MDGs.

As a result of pressure from the Australian public, the Australian Government committed to increasing overseas aid to 0.36% of GNI by 2010, or $4.3 billion.

In 2009, after campaigns to increase Australia's giving to health programs in the aid budget (with a focus on child and maternal health), the government increased health aid by $155 million.

The full list of the Millennium Development Goals can be found at www.micahchallenge.org.au.

Voices for Justice will be held from 15 to 18 September in Canberra.