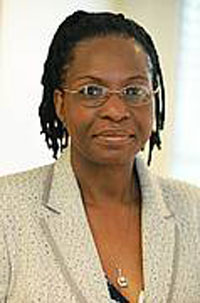 AFRICAN theologian, renowned academic and ecumenist Prof Dr Isabel Apawo Phiri has joined the World Council of Churches (WCC) as its new associate general secretary for Public Witness and Diakonia. She took on her new position at the WCC headquarters in Geneva, Switzerland, in August.

A Malawian by nationality, Prof Dr Phiri was a professor of African theology, dean and head of the School of Religion, Philosophy and Classics, and director of the Centre for Constructive Theology at the University of KwaZulu Natal, Pietermaritzburg, South Africa.

She also served as editor of the Journal of Gender and Religion in Africa.

Apawo Phiri's main responsibilities at the WCC will be setting direction for the council's programmatic work in the area of Public Witness and Diakonia, and strengthening relations with the member churches and ecumenical organisations.

While she will lead implementation of programmes with member churches, she will also support project team coordinators at the council itself.

Apawo Phiri has been engaged with the churches and the ecumenical movement for a decade.

From 2002 to 2007 she served as general coordinator of the Circle of Concerned African Women Theologians.

In 2006, she also presented a paper entitled "Called to Be the One Church: The Future of Ecumenism — A Protestant Voice" at the WCC 9th Assembly in Porto Alegre, Brazil. She has also served as moderator of the WCC Commission on Education and Ecumenical Formation.

"With her leadership, we at the WCC hope to benefit from her gifts and capabilities.

"We welcome her in this ecumenical family. We hope that at the WCC she will be able to build relationships among churches and give leadership to our global ministry for diakonia, justice and peace," added Tveit.