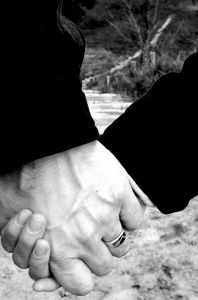 GAY rights campaigners expressed "disappointment" that the Scottish Government has delayed passing legislation that would recognize gay weddings while leaving faith groups free to choose whether they wanted to conduct such ceremonies.

At the end of a two-hour cabinet meeting 17 July in Edinburgh, a government spokesman said that no decision had been reached but that one would be made by the end of this month.

Had the legislation passed, Scotland would have become the first country in the United Kingdom with such a law on its books.

"My guess is that the Scottish government doesn't know how to proceed," Phil Lucas, chief coordinator of the Quaker Campaign for Marriage Equality, told ENInews in a telephone interview.

"Gay rights campaigners are disappointed, but maybe the Scottish government needs time to present a united front, because although many senior members of the cabinet are for same-sex marriages, some are not," he said.

"You have to remember that the Roman Catholic Church, which is so strong in western Scotland, has thrown its full weight behind a campaign to stop same-sex marriages."

Rev. David Coleman, Curator of the Church and Society Committee of the United Reformed Church (Protestant), told ENInews he was both "disappointed and bored" that the Scottish government had failed to announce its decision.

"We were," he said," looking for some vision from the government. Sadly it is not yet forthcoming and we are all very disappointed."

Britain's most senior Roman Catholic, Cardinal Keith O'Brien, said in Glasgow last week that it was a "vital issue" in Scottish life, and that more people responded to a same sex consultation than responded to one on independence for Scotland.