Treading lightly to continue the dream 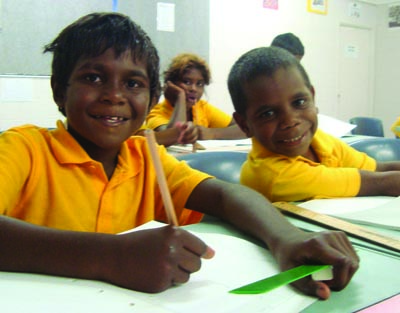 A number of the reports to the 30th Synod mentioned the implications, joys and challenges of the Queensland Synod's increased involvement in the services previously run by the Congress Community Development and Education (CCDEU). Mardi Lumsden reports.

CCDEU is a company limited by guarantee, whose directors are appointed by the Calvary Presbytery, that aims to address some of the enormous disadvantages for Indigenous Australians.

The rapid expansion of its high-quality aged-care, education and health services strained existing systems. CCDEU appointed Deloitte as voluntary administrators in August 2012 and requested the involvement of the Queensland Synod, its only secured creditor.

Reports from the Finance Investment and Property Board, UnitingCare Queensland, General Secretary, Moderator, and the Schools Commission tell of the difficult decisions made by the Synod Standing Committee.

General Secretary, Dr Shirley Coulson, said there are many perspectives to consider.

"It has been a complex, difficult and painful time," she told Synod members.

"There was a commitment by the Synod Standing Committee to work to continue the services.

"That this vision, this dream, this work was having an effect with respect to Indigenous education, health and wellbeing was recognised.

"However the task became increasingly complex and difficult."

Black Ink Press was transferred to the Yalga-binbi Institute and has since closed. Milbi Constructions was sold.

"The UnitingCare Queensland board agreed to support the aged care and drug and alcohol rehabilitation services.

"There was an enormous amount of work undertaken by Blue Care to ensure a smooth transition to keep a focus on the services being managed by Indigenous peoples and to get systems and processes in place."

Dr Coulson said during the voluntary administration it became evident that Shalom Christian College needed to come under the Synod Property Trust to be treated like other Uniting Church schools.

"We have been working with the chair of the Calvary Presbytery, Rev Dennis Corowa, who has been involved in all of the decision making with respect to the school," Dr Coulson said.

Mr Corowa said he appreciated the close working relationship between Congress and the Queensland Synod.

Dr Coulson said there is strong belief in the school and the opportunities it provides, but governance and operational issues need to be addressed.

Moderator, Rev Kaye Ronalds, said the Uniting Church's covenant relationship with its Indigenous members makes this an opportunity to work together to support the significant services established by CCDEU.

In June 2013, The Australian announced that Shalom Christian College recorded the biggest improvement in literacy and numeracy scores between 2008 and last year among Australian secondary schools.