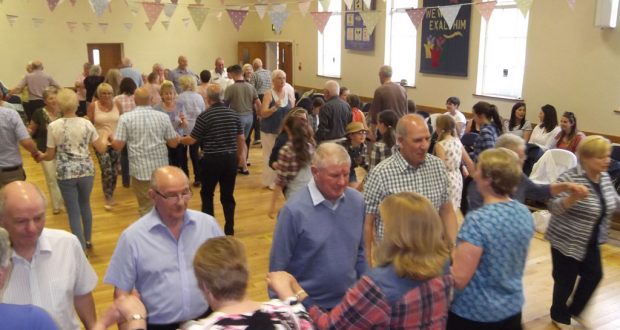 Attendees get into the swing of things at a fundraising barn dance in Greenisland, Northern Ireland. Photo: Eric Lawson

A barnstorming fundraiser for McKay Patrol

A reciprocal fundraising effort by a Northern Irish community brings much needed funds for the McKay Patrol. Journey reports.

As a two-year appointment with the Greenisland Methodist Church in Northern Ireland draws to a close, Rev Eric Lawson was recently treated to a traditional barn dance and concert by the community as a farewell fundraiser for the
McKay Patrol.

For Eric, his connections to Northern Ireland are strong—his wife, Ruth, was born there and they’ve been regularly visiting the region since the late seventies.

“Over the years I have preached in Methodist, Presbyterian, Church of Ireland and Catholic churches in Ireland,” says Eric. “We are very familiar with Irish culture and history as well as the particular ‘culture’ of Irish Methodism.”

In early 2014, Eric and Ruth once again found themselves returning to Northern Ireland after accepting a house-sitting offer from friends.

Soon into their stay, the Greenisland Methodist church approached Eric to enquire whether he was available for a short-term appointment since the normal stationing processes of the Methodist Conference had been unable to fill the vacancy.

“We accepted, and after returning to Queensland for four months, came back and took up appointment from August. Our commitment was initially for one year but extended to two.”

Before they departed, Eric’s home congregation at Redcliffe organised a morning tea fundraiser so he could present a gift from the Uniting Church for his new Northern Irish community.

The morning tea raised approximately £1200 for the Greenisland congregation, of which they accepted £200 and forwarded the remainder to the Newtonabbey Methodist Mission to support their work with marginalised and disadvantaged people.

Fast forward to 2016 and with Eric and Ruth’s imminent return to Queensland, the Greenisland Methodist congregation decided they’d like to send them back with a gift for the Uniting Church in Australia: Eric suggested that any fundraising efforts should go towards supporting Rev David and Janette Ellis in the McKay Patrol.

A barn dance and concert was subsequently organised, and over 100 people attended, including visitors from other Methodist churches in the area, which raised around £1000 (or $2000).

Towards the end of the event, Eric provided attendees with information on Frontier Services and the McKay Patrol but for some the concept of Australia’s vastness still remains alien.

“Folk here sometimes have difficulty comprehending the size of Australia: Northern Ireland fits into Australia more than 556 times, and fits into the area covered by the McKay Patrol 33 times!”

For more information on the McKay Patrol, including how to make a donation, visit ucanq.com.au/mckaypatrol 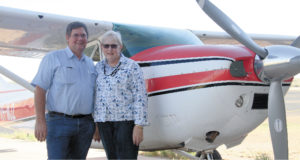 Hope is re-born, one step at a time 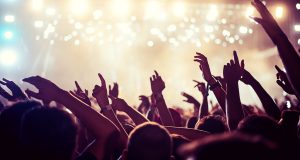 Six ways to get involved in festivals and other local events 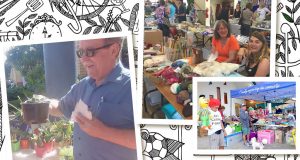