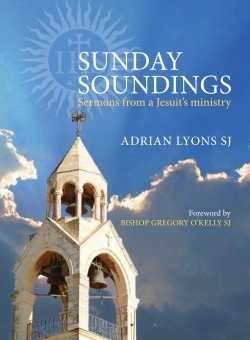 In his introduction, Lyons writes, "My methods [in preparing my preaching] were simple.

Begin by reading the scriptures … consult at least two commentaries and then go to the internet to browse sermons … to gain a sense of how other preachers had approached the texts".

His methods indicate the way his book can be used – as an indication of how another person approaches the text.

The sermons in his 224 page book do not cover every Sunday of the three year lectionary cycle, but all three years are represented.

An index of Bible passages preached on would have been helpful in locating his material for a particular Sunday.

The table of contents, which uses only the titles of his sermons, may lead to ideas on how, as he puts it, "to … [make] the wisdom of the gospels accessible to people unfamiliar with them".

The extent to which Lyons achieves his objective will be determined by the individual reader.

I noted the range of his illustrations and stories including day labourers in India, reference to the Graneen Bank offering micro loans to the poor of Bangladesh, rickshaw riders in Dhaka, a story from South Africa's Truth and Reconciliation Commission, Burke and Wills and many more.

The author tells of his imagination being stimulated by works of art and quotations from a wide range of sources as well as some Jesuit saints.

If you want to have a book on your shelves that offers a Jesuit perspective, then Sunday Soundings: Sermons from a Jesuit's ministry by Lyons, who studied at the United Faculty of Theology in Melbourne, may be the one.