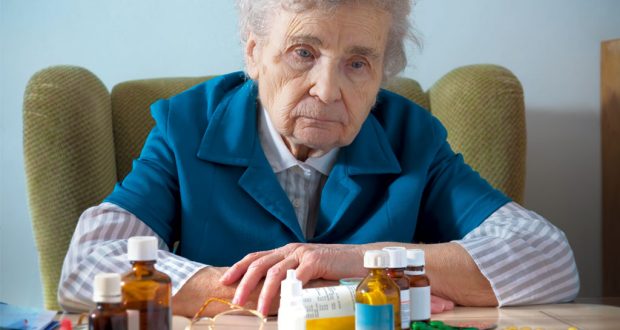 What lies ahead for aged care health? Photo: Supplied

As the federal government moves forward with plans to cut $1.2 billion in funding for aged care health over four years, what does this really mean for elderly people on the receiving end? Ben Rogers investigates.

During the 2016–17 Budget announcement in May, the federal government signalled $1.2 billion worth of cuts to the Aged Care Funding Instrument (ACFI)—a resource allocation mechanism to distribute funds to aged care providers based on core care needs.

This comes on the back of a December 2015 Mid-Year Economic Forecast and Fiscal Outlook (MYEFO) decision by the government to cut $750 million from aged care services.

The ACFI, according to the federal Department of Health, focuses on “the main areas that discriminate care needs among residents” and is “primarily intended to deliver funding to the financial entity [residential aged care home] providing the care environment.”

After a “care needs assessment” is undertaken by care staff (focusing on a resident’s usual care needs) based on a series of questions laid out in the ACFI, the responses are then used to measure the average cost of care and determine the overall relative care needs, and subsequent funding required to then meet those needs.

It is the unexpected increase in ACFI that has been in the federal government’s crosshairs as they target areas for cost savings, and their announcement of $1.2 billion (in addition to the MYEFO decision) worth of cuts was framed against what they claim were predicted payment cost blowouts in the sector.

Health and Aged Care Minister Sussan Ley stated in May as the Budget was being released, “The current aged care funding model will also be improved by redesigning certain aspects of the ACFI to stabilise higher than expected growth. Expenditure on the ACFI is expected to blow out by $3.8 billion over the next four years without action.

“This reform aims to maintain sustainable funding growth for the residential aged care sector and will save taxpayers $1.2 billion over four years.”

The government’s euphemistic phrase “redesigning certain aspects” is primarily focused on the Complex Health Care (CHC) domain of the ACFI which includes medication assistance and pain treatments. The proposed changes entail altering the CHC scoring matrix through which funding flows, halving indexation for the CHC domain and changing scoring and eligibility criteria.

But while many would perceive the government’s changes as “cuts”, Assistant Minister for Health and Aged Care Ken Wyatt tells Journey, “It is important to note that the changes introduced in [the] Mid-Year Economic and Fiscal Outlook and the 2016–17 Budget are not a funding cut but seek to moderate growth in expenditure.”

Regardless of whether you accept the changes as “cuts” or the government’s official terminology of seeking to “moderate growth in expenditure”, what do the numbers and policy tinkering really mean for those elderly residents who will be impacted
the most?

Geoff Batkin—CEO of Wesley Mission Queensland which operates aged care services throughout South East Queensland and Chair of the UnitingCare Australia Aged Care Network—explains, “The 2016–17 Budget was particularly harsh as it targeted people with complex health care needs and those receiving treatment for severe pain and chronic diseases like heart disease, diabetes and dementia.

According to independent modelling carried out by Ansell Strategic which examined the full impact of the Budget proposals to ACFI (based on reference to more than 20 per cent of aged care places in Australia), on average the changes will reduce funding to meet complex health care needs by around $6500 per resident per year and up to $18 000 for those with very complex health care needs.

Critical health needs such as wound and skin care, mobility needs, arthritis treatment and end-of life treatments could all be under threat. During Ansell’s independent modelling, the company conducted a survey of aged care providers on their reaction to the ACFI changes: the anonymised feedback illuminates the serious danger ahead for residents.

“In 25 years I have seen the residents moving into residential care, now arriving at an older age bracket, most with multiple diseases and co-morbidities,” wrote one respondent. “These residents require skilled clinical and medical care which will not be available due to reduced funding.”

Another respondent stated, “Our physiotherapy program is the core of our Living Longer/Living Better initiatives for our residents; to cancel this program would be catastrophic for our residents, impacting pain management, mobility, independence, continence to name just a few unacceptable outcomes.”

Others spoke of reduction in pain management services, protective bandaging for oedema, palliative care and the loss of expertise of a fulltime physiotherapist.

While the implications are clearly alarming for non-profit providers struggling to meet the increasing complexity of care needs for older Australians and legal obligations under the Aged Care Act while ensuring an economically sustainable operation, there are wider concerns the government’s actions could trigger a wave of knock-on effects to hospitals and those living in regional and rural Australia.

Geoff Batkin sees longer hospital waiting lists as a natural consequence of the cuts due to the closely-tied relationship between hospitals and aged care residencies.

“Many aged care providers will make a decision at the point-of-entry as to whether they can afford to provide care for those who have those complex and high care needs,” Geoff says. “And that will mean that some people will be waiting a lot longer to get the care they need because aged care providers will choose not to accept that class of resident.

“Many people who have the complex high care needs will be staying in hospital for longer, waiting for a provider that’s willing to admit them into residential aged care.”

Geoff also notes that for some regional and rural aged care providers, the cuts will only send them further into financial crisis.

“In some regional and remote areas, a high proportion of aged care providers are already operating close to or negative in terms of income versus expenditure. It will place them more and more in an intolerable situation in terms of trying to care for people.”

While the federal government is yet to fully implement the changes to the ACFI, UnitingCare Australia is intensifying its “#stopthecuts” campaign to alert the wider community and encourage people to express their opposition to the government’s proposals.

When asked what could be a practical solution given the heavy opposition to the changes, Ken Wyatt tells Journey, “The Department has held discussions with key stakeholders (through the Aged Care Sector Committee and ACFI Expenditure Working Group) on the ACFI changes. This includes discussion on the broad types of alternative options for changes to ACFI that could be contemplated (while still delivering the government’s desired budgetary savings). The Department will now provide advice to the government on the alternative options discussed with stakeholders.

“Going forward, both the government and the sector are keen for a system which provides stable funding arrangements. Work is underway to investigate other approaches to determining residential care funding.”

In the meantime, UnitingCare Australia wants the information about the cuts to circulate far and wide given the impact will be felt in all communities across Australia.

For Geoff Batkin the bottom line is that politicians need a firm reminder of who they are there to serve: the people.

“It is critical at this time that we provide feedback to our political leaders so that they can understand the impact on the most vulnerable people in our society. Rather than merely cost items on a budget spreadsheet, they must be seen as what they really are: our family members and loved ones.”

For more information on UnitingCare Australia’s campaign against the cuts visit stopcutstoagedcare.good.do/take-action/email-your-mp 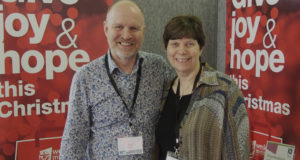