Home > Features > The must-do holiday ideas to revive your spirit 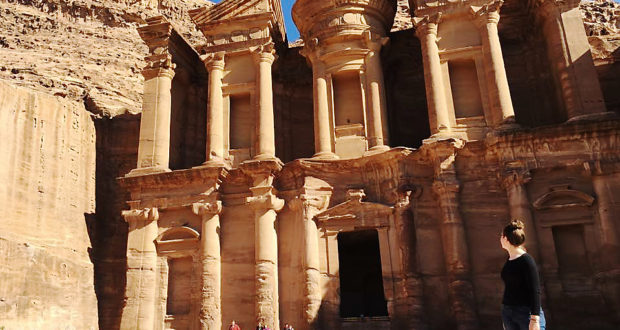 With more and more Christians choosing to visit places of religious significance on their holidays, Dianne Jensen talks to theo-tourists and tour organisers about how to plan a trip and what to expect.

Standing on ancient ground or walking in the footsteps of Jesus is a lifelong dream for many Christians. We yearn for a visceral connection with the familiar sacred texts, to tread the streets of Old Jerusalem or to follow the pilgrim way.

Christian travel or theo-tourism dates back to Empress Helena (mother of Constantine the Great) who sought and allegedly discovered the true cross in her quest to identify sites and relics in the Holy Land around AD 326–328.

Today theo-tourism is a growing market in countries such as Jordan, Israel/Palestine, Turkey, Greece, Malta and Italy. Sadly Egypt and Syria, both with significant Christian heritage, are currently virtually inaccessible to tourists.

For many travellers, choosing between the plethora of destinations and itineraries will be their biggest decision. The bucket list usually includes iconic locations such as Bethlehem, Jerusalem and Galilee. Others will be drawn to ancient sites of worship and pilgrimage throughout Europe and the Mediterranean.

Equally important to ticking the location boxes is finding the right kind of tour, according to Rev Dr Rob McFarlane, former Mission Education Officer for the Presbytery of Moreton Rivers. Rob has led groups through Olive Tree Travel to Turkey (2010, 2012), Jordan, Israel and Greece (2014), and Greece, Malta and Italy (2016). He will lead a tour to Jordan and Israel in April 2018.

“On this spectrum there are four categories; the holiday, the study tour that assumes that you are a believer (which is what I lead), the study tour that doesn’t assume any belief, and a pilgrimage with a focus on worship and meditation without much critical reflection,” he says.

With an academic background and a PhD in New Testament, Rob delights in delving into the theological and historical background of ancient sites whilst also exploring the implications for contemporary mission.

“There’s a lot of mental work,” he says. “We typically pray at every site and read the relevant biblical passages, so when visiting the sites in Turkey of the seven churches that received letters at the beginning of the Book of Revelation, we will read each letter, talk about the historical dimensions and discuss what the local landscape tells us about the text.

“At Laodicea, for example, you can actually see the steaming hot springs across the valley—and then you look behind you and there’s snow—so the stuff about ‘you are neither hot nor cold but lukewarm’ starts to make sense.”

Once outside the comfort zone of home and in the company of strangers united by a common faith, there can be space for revelation.

“One person told me that the most moving moment on a trip was at Ephesus, listening to the letters of Paul, where he talks about having lost the love you had at first—that sense of wanting to recapture their faith that had gone dim,” says Rob.

“And at the end of my last trip to Greece, Malta and Italy, somebody said that Paul’s driving sense of purpose in life had made them realise that their life had no guiding purpose—and so when they went home they were going to take stock of their life about finding a sense of personal calling.”

While we all know that the Middle East is a melting pot of religions, we might still hope for a quiet moment at a sacred site rather than a long queue followed by a quick three seconds.

Steven Green, Olive Tree Travel director, says that it is important to manage people’s expectations when visiting the Holy Land.

“In many places, their Sunday school images will be realised,” says Steven. “Jerusalem is busier and more intense than people imagine but there is still a presence or holiness about it.

“The Holy Land is much smaller than most people realise; it fits into Tasmania almost three times! It has all of the religious and historical places to visit but then has all of its modern cities and is at the forefront of IT, biotech, high tech and so on.

“There are also those who want to know whether this is the exact spot where Jesus stood and we need to get people into the mindset that it doesn’t really matter if he stood here or three metres to the left. The important thing is that at this site, where it is believed that he stood or performed a miracle, we recall the story and pay homage to the event.”

In the footsteps of Jesus

Bruce and Lynne Ames from Buderim Uniting Church travelled to the Holy Land in 2005 in a small Christian tour.

“My favourite part of the trip was around Capernaum on the Sea of Galilee. Wonderful!” says Bruce. “The area around there was abandoned for many centuries so looks mostly as it was in Jesus’ time. It felt very real—you thought, this is just like Jesus would have seen it!

“Whereas when we got to Jerusalem you realised how many times it had been knocked down and built up so the areas where Jesus actually would have walked were metres below the current street level.”

A decade later, Bruce can clearly see how the trip impacted his faith.

“After two or three years I decided that yes, I definitely do want to go further and study more.”

Amy Houlihan, a 25-year-old high school dance and English teacher from north Brisbane, went to the Middle East by herself in 2017, spending four weeks mainly in Israel.

It was a journey of discovery for the young woman who had come to faith as a teenager.

“I think the thing that captured my attention the most was the fact that nobody in Israel questions whether or not Jesus was there, or that he existed, whereas in western culture it’s often, no Jesus didn’t even exist!”

Amy’s relaxed style of travel allowed her to experience the magic of Old Jerusalem.

“I absolutely loved the old city, I was mesmerised by it. The days that I didn’t have anything in particular on I would just walk around—something about it felt really alive. I think the amount of history that was there all in one place, and the profound things that had occurred, you really felt that you were in the Holy Land.”

An impromptu baptism in the Jordan River was an unexpected highlight.

“Baptism had been something that I had been talking about for years, although I’d been christened as a child … it was important for me having become a Christian as an adult that I recommit in that symbolic gesture. So at 12 degrees Celsius I decided to get baptised … the real moment for me was coming out of the water, the stillness and peace that I felt even though I was freezing cold!”

Queensland Synod General Secretary Rev Heather den Houting also chose to journey solo when she walked the Via Francigena for eight days through Tuscany last year. The mediaeval walk begins in Canterbury, goes through Rome and ends at the harbour of Apulia.

“When I took on the general secretary role I knew that I needed to build in times to ‘get away from it all’,” says Heather. “I get bored on indulgent holidays and so was looking for something that would satisfy my need to be doing something, but was also going to be a journey of spiritual, emotional and physical self-care.”

Like many pilgrims, it was the unexpected which has continued to have an impact on her life.

“I know now what is restorative and sustaining for me. I trust God more and forgive myself more. I’m transforming from being driven by adrenaline and high expectations, to understanding my own capacity for adaption to challenging circumstances.”

Heather’s reflections speak to the heart of all who seek to follow in the footsteps of Christ.

“I think it’s good to have extended times of silence. To let the walk become the meditation and prayer
in and of itself. To know that you are not the first and not the last brings comfort. God will speak to you in a multitude of ways if you take the time
to be silent.”