Home > Features > Reflections on the unborn 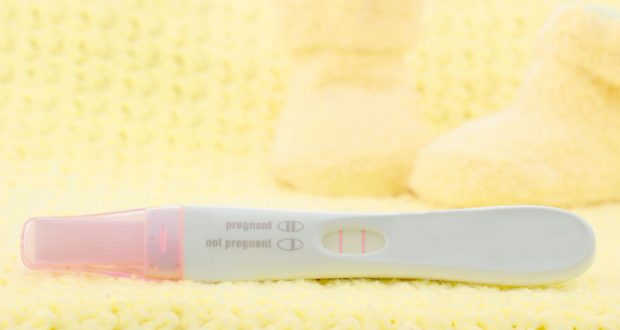 Reflections on the unborn. Photo: Supplied

Reflections on the unborn

Abortion can be a notoriously difficult topic to discuss in the faith community, but proposals to reform abortion laws introduced to the Queensland Parliament this year have once again put it under the spotlight. Ashley Thompson meets four women who share their personal encounters with pregnancy, abortion and faith, and examines where the Uniting Church in Queensland stands on the issue.

Clare* was 16 years old when her youth group boyfriend Hamish* raped her. But no one knows, not her parents and definitely not her now 13-year-old daughter.

Growing up in a Christian family in rural New South Wales, Clare had assumed that because her then boyfriend had said he was Christian that meant “Christian like me, not different”.

“Because I thought all Christians were the same, which is wrong,” she says with conviction.

It was the first time she had had sex but Clare had not yet processed the shock of Hamish’s betrayal before two little pink lines changed her world forever.

“It [the pregnancy test] came up with the biggest, strongest lines in all the world. I didn’t even have to wait—there was no doubt. I was super pregnant.”

But abortion never occurred to Clare, for despite the calm way in which she tells her story now, “as soon as I was pregnant, it was a baby for me—another person.” It wasn’t until her first antenatal appointment at eight weeks, that the option was presented to her.

“I walked in the door of the appointment and the nurse, she looked at me and the first thing she said was, ‘Ah, would you like me to arrange an abortion?’ and I was like, ‘What? No!’ I was really shocked because until she’d said it, I honestly hadn’t even thought about it.”

Yet for Steph* from South Australia and Tiffany* from Victoria, no other option seemed possible.

Steph was 17 years old when, against all odds, those two little pink lines on a pregnancy testing stick that indicate a positive result faded into the foreground of her final school year in a toilet cubicle in the middle of the Adelaide markets.

She and her partner had used a condom and, when that broke, the morning-after pill; she was floored with disbelief.

“You never think you’re going to be a part of the point zero something per cent that it doesn’t work for,” she says today, nine years later.

“For my whole life up until that point I’d been quite against the idea of ever having an abortion, but now I firmly believe until you are in that situation you cannot have an informed opinion on it.”

A number of factors influenced Steph’s decision to have an abortion at 11 weeks, including her strained home life, ambiguous relationship status, age, economic position and the knowledge she would never be able to give the baby over to somebody else.

Although Steph knows she made the right decision for herself, it still weighs heavily on her mind.

“The long-term mental side effects were the guilt of having done it—even though I did know I had done the right thing—and the fact I had been and continue to, carry this massive secret, which is a huge burden.”

While Steph doesn’t have a Christian faith, she did have a Christian friend close to her but was reluctant to tell them for fear of being judged or influenced. Steph’s experience of abortion in relation to Christianity was limited to the pro-life messages of the Roman Catholic church.

“I never really stopped to think about which denomination specifically, I just had a general awareness that people with extreme pro-life beliefs had those beliefs because of their religion.”

Tiffany had just come out of a four-year abusive relationship and spiralled into a haze of alcohol and sex when she found herself pregnant at 21. Single and mentally unstable, she felt “it was totally inappropriate for me to be having a baby”.

“[The father] could have been three different people who I had slept with in maybe a month’s period, which is not typical behaviour for me.

“I chose to make the decision on my own and with strangers in the health industry. I didn’t tell my family as no one really knew how bad a state I was in with my sleeping around.”

Humiliation engulfed Tiffany and she chose to terminate her pregnancy at five weeks.

“I am pro-choice but it’s a really sad choice,” she says. “I do regret it but I more regret putting myself in that position.”

Now the mother of a one-year-old son, 13 years later, Tiffany believes she may have made a different decision had she had more support.

“Before I had my son I knew heaps of people who were trying to get pregnant and couldn’t. I felt really guilty that I had thrown away a chance to be a mother because I’ve wanted to be a mother forever.

“I do think about my [first] baby. I don’t know if it was a boy or a girl, I don’t know who the father was and I’m a little bit haunted by that. It’s not like ‘I had another baby and now I don’t care’.

“I used to have a much more scientific, objective view before I got pregnant but now I’m so confused because with the second pregnancy … the tiniest little spark, you are like, that’s it, we’re us, we’re alive!”

Due to lack of collection standards and documentation, no finite statistics on abortion in Australia exist. However, a study conducted in 2012 by the Medical Journal of Australia found that almost half of all pregnancies in Australia are unplanned. Of that half, research commissioned by Marie Stopes in 2006 indicates that at 56 per cent “parenting is the most common outcome of an unplanned pregnancy”, with 29 per cent ending in abortion.

In May this year, independent Member of Parliament for Cairns Rob Pyne introduced the Abortion Law Reform (Women’s Right to Choose) Bill into Queensland Parliament. The bill proposes the removal of existing safeguards for women and the unborn child.

The Uniting Church in Queensland made a submission to the state government’s inquiry into the bill in July.

Queensland Synod moderator Rev David Baker was asked to speak to the submission in front of the inquiry panel, confirming that the Uniting Church in Australia does not hold one position on abortion but rejects two extreme positions: “that abortion should never be available; and that abortion should be regarded as simply another medical procedure”.

“The church is simply saying that both the foetus and the mother have rights and that legislation should recognise those competing rights,” says David.

He defends the right of the church to speak on this issue: “The fundamental truths of the Christian worldview are one, life is sacred, and two, that the most vulnerable need protection. So I think the churches are seeking to articulate a priority to the most vulnerable.”

While pro-life advocates are most often linked to Christian lobbies, the relationship between abortion and Christianity is complex and varied within the Uniting Church.

Perhaps what matters most is how we respond to the human face of those presented with this difficult choice.

Wesley Hospital pastoral care manager Julie Mackay-Rankin says Christians should always respond to the disclosure of pregnancy loss with “the compassion of Christ and the respect we would desire for ourselves”.

“Our own convictions are irrelevant at this time of loss as our role is to respond to the pastoral imperative—which is the spiritual welfare of two human beings, children of God, who need to experience the love of God, the grace and compassion of Christ, and the healing and comfort of the Holy Spirit.”

Of ethics and grace

As the ethically ambiguous nature of abortion inspires both heated and insensitive advocacy from all sides, respectful public discourse around abortion is even more important in circumstances of rape, profound disability, critical health risks for mother or baby, and incest.

“We sat down with our minister at the time and decided that whatever her life is, it’s God’s decision and if that’s another 20 weeks in utero and that’s her life, then that’s her life. Who were we to decide to end that sooner?”

Catherine died at 17 days old. Yet Sandy says, “I would never judge another women’s decision. We’ll grieve together and go on life’s journey together but until you’re in that spot you don’t know.”

Sandy and Clare represent the human faces of these complex discussions.

“Being pregnant is physically and emotionally life-changing and so whatever you do with that decision it will affect the rest of your life,” says Clare.

“I am someone, honestly, who has made a decision to keep a baby after non-consensual sex and most people do not do that. But it’s just different for every woman, so just saying ‘No, it’s never right’ is not the right answer either because you can’t know.

“All you can do is show love because there’s no one showing love to those girls. They’re there because they’re desperate. And you can’t make those decisions for people, you can just love them no matter the consequences.”

His grace is enough

Clare’s only regret was that she decided to marry Hamish.

Hamish turned out to be physically and emotionally abusive and Clare recognised her previous desire to “fix” the situation and “make it okay” was tied not to guilt, but shame.

“I can tell you that getting pregnant at 16 and having to rock up to church with your big belly is not a way to build your self-esteem. People don’t treat you with love,” says Clare.

“I had the unique pleasure of having my pregnancy become the most discussed topic at a youth camp. It was as good as it sounds. At night, I could literally lie in my tent and overhear other girls in their tents talking about me being pregnant.

“For me it was a massive lesson in being gracious because at that time I actually knew one of the girls had recently had an abortion and it was genuinely hard to keep that quiet—but I think God grew me in that time, in my little tent.