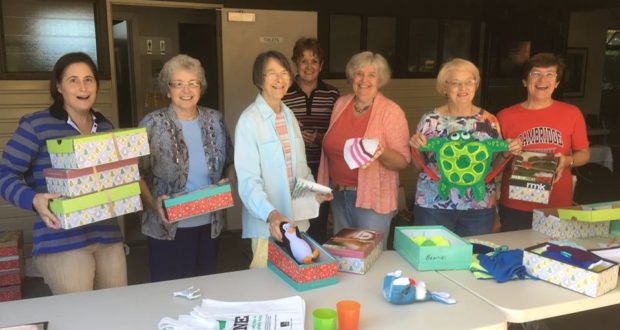 When Centenary Uniting Church, Middle Park in Brisbane’s western suburbs celebrates 25 years on 2 December, the congregation will be reflecting on a journey of faith and witness which began in 1880.

The current worship and community centre which was dedicated on 28 November, 1993 has its roots in a humble church constructed by pioneers at Seventeen Mile Rocks.

This building was replaced in 1888 by what is now the Sinnamon Memorial Church on Seventeen Mile Rocks Road, named for the Sinnamon family who contributed to the establishment of the church in the area.

The first stage of a new church on Burrendah Road was completed in 1969, opening as a Methodist Church in cooperation with the Presbyterian and Congregational churches as a forerunner to church union in 1977.

Following the rapid growth of the Centenary suburbs, a gift of land from the Eason family was able to be exchanged for the current site in Middle Park.

Minister Rev Craig Batty and the congregation remain committed to building a strong sense of community. The weekly Ladies Craft Group and monthly Open House gatherings are part of the network of outreach and caring.

The congregation is supporting the Wesley Mission Queensland Red Bag Appeal to support struggling families at Christmas, and have despatched over 550 shoeboxes through the Samaritan’s Purse and Operation Christmas Child.

Most importantly, the Centenary Uniting Church congregation continues the legacy of witness and worship as new generations pass on the Christian faith and what it means to live that out in today’s world.

[info] Centenary Uniting Church will celebrate the 25th anniversary of the construction and dedication of the church at 37 Riverhills Road, Middle Park with a Service of Thanksgiving on Sunday, 2 December, at 8.30 am.