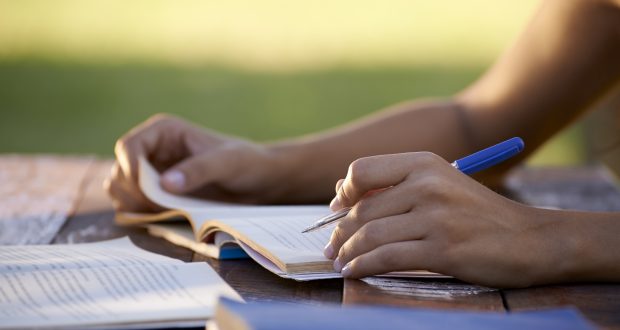 Toowong Uniting Church is reaping the benefits of connections with international students by providing an avenue to explore faith and transition into life in Brisbane. James O’Callaghan reports.

It may seem like a world away from the glitzy buzz of Shanghai, Tokyo or Seoul but for some international students the inner city Brisbane suburb of Toowong has its own distinct charms with a convenient mix of parks and bikeways and easy access to the city’s heart via nearby trains, buses and ferries.

The suburb, home to the Toowong Uniting Church congregation, is also conveniently located near the University of Queensland—one of the most respected universities in the country, making it a learning institution of choice for many international students.

This presented an opportunity for the Toowong church to open its doors to international students and allow them to meet local families and form meaningful connections with locals.

These connections are currently supported by Liying Shi (Joyce), a university chaplain commissioned into the role in June this year which has been entirely funded by the congregation.

Despite not having any formal ministry qualifications, Joyce was an ideal fit for the position after discovering her own connection with Christ through the global network Power to Change last year.

“Coming from China where people have a different approach to religion, I hadn’t formed that relationship with Christ until I encountered Power to Change chaplains,” says Joyce. “They first invited me to Toowong Uniting Church in September 2018 and I immediately felt welcomed by the church members.”

Like many congregations in Queensland, Toowong has predominantly older members but by opening its doors to students—many of whom are younger and from different countries—the congregation has received fresh perspectives.

Joyce says the members of the Toowong congregation continue to embrace new members by showing hospitality through meals and sponsoring their attendance at events.

“Many of the international students have no family or support network in Australia,” explains Joyce. “So, members of the congregation at Toowong Uniting have become extended family to many of the students, making them feel welcome and helping them settle in.

“There is a dinner and worship event three times a year hosted by a member of the congregation, which is attended by around 30 students. Members of
Toowong Uniting Church also support students by sponsoring their attendance at reach out activities and Christian conferences.”

In addition to dinners and other events, a Bible study session is run by the congregation with students from Power to Change invited to attend.

The program at Toowong has successfully created a number of disciples, with students returning to their country of origin and continuing to share the gospel with their friends.

Toowong’s minister Matt Smith says the congregation’s decision to invest in university student connections for more than five years has paid significant dividends in seeing the gospel flourish beyond their community.

“We are excited that our worship community is a place where they feel engaged and challenged to go further in their faith,” says Matt. “Young adult students are invited into leadership roles at Toowong Uniting Church in areas of their gifting, and we offer discipling, support and venue availability for continued evangelism into the university campus.

“For Toowong Uniting Church, partnering with Power to Change has been a vital factor in this area of ministry, and it was about building a relationship of trust over time with people we really respect and are keen to learn from.”

When asked what advice she would give other congregations looking to partner with Power to Change, Joyce says she would encourage congregations to open their doors to international students.

“It is a way of showing that Jesus loves them,” says Joyce. “No matter where you come from, irrespective of race or language, Jesus, God and the church is always a place that will open the door for them.”

Founded in the United States and established in Australia in 1967, Power to Change works with university students, high school students, churches and families to connect them to Jesus and each other.

Power to Change’s vision is to help fulfil the Great Commission (Matthew 28:18-20) given by Jesus Christ, which calls the church to make disciples in all nations.

Campus ministry is one of five missional strategies identified by Power to Change, with a three-step approach adopted to connect students with Jesus, build them in their faith and send them to do the same—at university, in Australia and around the world.