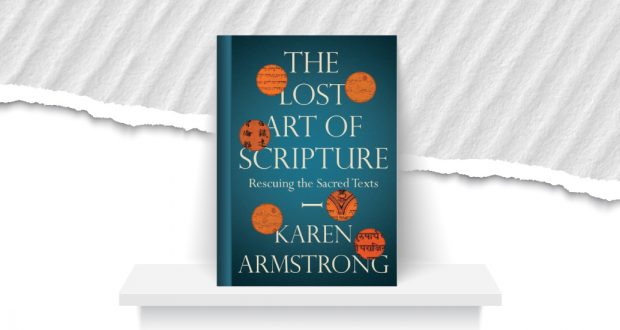 World-renowned religious author Karen Armstrong explores the value of scripture in an increasingly secularised world and ponders whether we’ve lost our ability to engage with faith texts as spiritual tools rather than binding rules. Nick Mattiske reviews.

Karen Armstrong’s epic study of the way scripture developed in the religious traditions of Europe, the Middle East and Asia begins back in the mists of time, but it immediately challenges modern, Protestant ways of thinking about scripture as written down, canonised and unalterable, as well as the individualistic and critical mindsets we bring to it, legacies of the Reformation and the Enlightenment.

A theme running through Armstrong’s book is that our society has a bias towards the left-brain, which is analytical and self-centred, but scripture has traditionally appealed to the right-brain, which taps into the artistic, the imaginative and the metaphorical, as well as the holistic and communal.

Scripture was originally shared orally before it was written and was inextricable from rituals celebrated in community. Scripture was sung, chanted and performed. And scripture spoke publicly to the community from the community’s centre about higher ways of living than the daily business of accumulation and exploitation.

Solitary reading of scripture is something of a historical anachronism. Although the Reformers’ democratisation of Bible reading brought many benefits, an unintended consequence was the fracturing of a communal understanding of scripture. Though they stated that individuals could read the Bible for themselves and its meaning was clear, the Reformers’ disagreements over the meaning of particular texts proved otherwise. Ironically, although the Reformers wanted a more personal transformation of the heart through access to scripture, their attitude was more left-brain in their desire to pin down scripture’s meaning.

Varying interpretations had not always been so problematic. In Judaism, with its strong tradition of midrash, scripture is not scripture unless it is interpreted, and reinterpreted with changing contexts. Reading the Torah by itself has often been considered as deficient as, we might say, eating salt by itself (Christian interpretation changes, but we don’t always acknowledge this). And this is all because the meaning of scripture is (sorry, Calvin and Luther) not always clear (which is why we have so many commentaries on it). Part of scripture’s role is to remind us that the sacred is difficult to grasp. For all their theological theorising, medieval theologians were often not trying to “prove” God but showing how God’s ways are not our ways.

While some contemporary Christian readers might baulk at Armstrong’s pointing to what Christianity has in common with other religions rather than why it is exceptional, she helpfully notes that, in general, when religions are under pressure (as they have been in recent centuries from cultural and literal war, and western dogmatically rationalist perspectives), scripture loses its playfulness and begins to be used as an unassailable proof of particular beliefs. Literalism enhances immovability, not to mention exclusion and self-righteousness. But a universal scriptural theme across the traditions is transformation. Scripture doesn’t confirm, but provokes rethinking, repentance, reorientation. Scripture is not scripture unless it changes people. This might be unsettling for some readers, but this is what scripture is supposed to do. 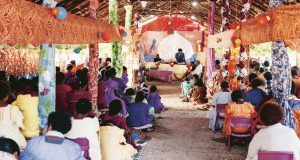