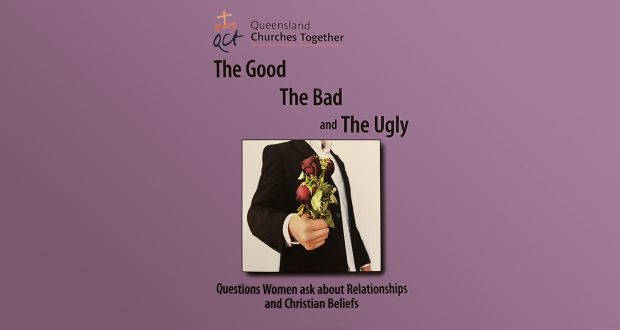 The statistics don’t lie: one in four Australian women will experience domestic and family violence with one death occurring as a result of a related incident per week.

In response to growing incidents of domestic and family violence in our communities, Queensland Churches Together commissioned the Joint Churches Domestic and Family Violence Prevention Project in 2007.

According to Project Team Chair Felicity Bailey, the purpose of the group was to inform churches on the complex issues of domestic and family violence.

“First and foremost, it is about acknowledging the presence of domestic and family violence (DFV) in Christian communities,” says Felicity. “There is an attitude within communities that this sort of thing doesn’t happen in our nice church—the fact of the matter is it does.”

A recent survey by the Anglican Church on DFV indicated that the number of incidents are exactly the same—if not higher in the religious community when compared to the secular community.

“We have known that for a while but haven’t had the data to provide churches when challenged,” says Felicity.

When asked what role churches play in addressing DFV, Felicity said that churches are ideally placed to both help and support victims and reforming perpetrators.

“Obviously we need to refer people to secular professionals, but the church has a role to provide emotional and pastoral support,” says Felicity.

“It is also about recognising the effects that this may have upon children, families and the broader congregation who can be devastated by incidents of domestic and family violence within their community.”

The Joint Churches Domestic and Family Violence Prevention Project has revised, updated and released a new edition of its popular DFV booklet, now titled “The Good, The Bad and The Ugly- Questions Women ask about Relationships and Christian Beliefs”.  This booklet has previously been popular with clergy, pastoral carers, DFV professionals as well as school and hospital chaplains.

“It is a good size to have on display in church foyers or in a public display on domestic and family violence,” says Felicity. “In this edition, we have taken the time to reflect on challenges with theology and language while also highlighting the need for a safety plan and respected governance on coercive control.

To request copies of the updated book, please contact Queensland Churches Together.