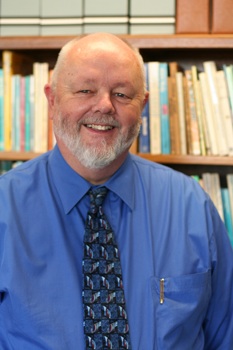 Former moderator Rev Dr David Pitman has been appointed a Member of the Order of Australia, one of six Uniting Church members in Queensland to receive honours in the Queen's Birthday 2013 Honours List announced today by the Governor-General, Her Excellency the Honourable Quentin Bryce.

In addition to twice being elected moderator, Dr Pitman currently sits on the UnitingCare Queensland board.

In total, there are 582 award recipients across the nation in the general division of the Order of Australia to recognise their diverse contributions and service to fellow citizens in Australia and internationally.

There are also 199 recipients receiving awards for their meritorious or military service.

"I want to give my strong support to the awards made through the Australian Honours System', Ms Bryce said.

"They elevate the concept of giving to others. They heighten our respect for one another, and they encourage Australians to think about the responsibilities of citizenship in our democracy."

"Awards in the Australian Honours System represent the highest level of recognition accorded by our nation for outstanding achievement and service.

The Honours announced today recognise community values and celebrate what is important and unifying in Australian life", Ms Bryce said.

Air Chief Marshal Angus Houston, Chair of the Council of the Order, said the diversity of service across all fields of endeavour was recognised today in The Queen's Birthday Honours List.

"These awards are public recognition of people who provide outstanding community service and whose achievements enhance national identity.

"By their actions they demonstrate the qualities of positive role models.

"The recipients are not only worthy of respect but encourage emulation.

"These awards also recognise the 'quiet achievers' in our midst.

"They are people who serve the community, but do not seek accolades", Air Chief Marshal Houston said.

"The Order of Australia relies entirely upon community initiative for submission of nominations.

"It is important that the honours system continues to uphold the national ethos of valuing diversity and recognising the contributions made by citizens to Australian cultural and social life, regardless of background", he said.

"All Australians are encouraged to nominate fellow citizens who have made outstanding contributions to the well-being of others for national recognition in the Honours List."