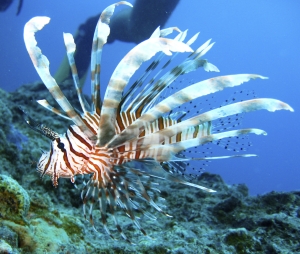 The decision to add the Great Barrier Reef to UNESCO’s World Heritage in Danger list has been deferred to 2014. Louise Mathieson from Greenpeace says the decision gives the Queensland and Federal governments a chance to improve the quality of the reef and wind back port developments.

“The Australian Government is committed to working with the World Heritage Committee to protect the outstanding universal values of the Great Barrier Reef.

The Queensland Government has also announced that it will continue the $35 million Reef program, however, there is little information regarding what the money will be spent on.

At a meeting of the World Heritage Committee on 18 June, UNESCO noted with great concern “the unprecedented scale of coastal development currently being proposed and further requests the State Party to not permit any new port development or associated infrastructure outside of the existing and long established major port areas”.

Felicity Wishart from the Australian Marine Conservation Society said “Australian state and federal governments must heed the World Heritage Committee recommendation and put the brakes on the rapid industrialisation of the coastline. There should be no more port development or dredging and dumping until a plan to properly protect the reef is in place”.

“There is for example new legislation by the Queensland government on coastal development planning that seems inconsistent with recommendations of the (World Heritage) Committee,” she said.