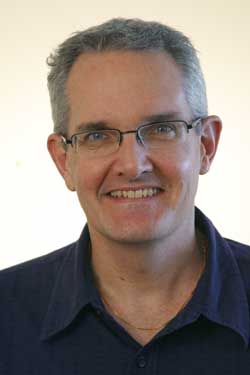 The Uniting Church in Australia has expressed its deep concern over the latest round of policy amendments designed to punish asylum seekers arriving by boat.

President of the Uniting Church Assembly Rev Dr Andrew Dutney spoke of his dismay at the extreme abdication of responsibility demonstrated by the new arrangements announced by Prime Minister Rudd.

“We now see firmly entrenched in our political system an approach that seeks to circumvent the spirit of hospitality and compassion codified in international treaties and obligations,” said Dr Dutney.

“Denying refugees the possibility of settlement in Australia denies them hope and will have a devastating impact on those who have fled persecution.

“We know from recent UN reports that the processing centre on Manus Island is grossly inadequate.

“We also know that the ongoing human rights violations and extreme poverty in Papua New Guinea mean it is not a safe option for permanent resettlement of refugees. It is burden-shifting at its most base.”

National Director of UnitingJustice Rev Elenie Poulos noted that the most recent suite of policy changes is one of the most disproportionate responses witnessed in recent years.

“Both major political parties are refusing to acknowledge the reality of the lives of those who arrive by boat,” said Ms Poulos.

“People will continue to make dangerous journeys as long as they feel unsafe where they are. If we are serious about saving lives the focus must be on improving protection and conditions for asylum seekers in the countries in the region.

“It is a fact that Australia receives less than 0.3% of refugees worldwide – a miniscule amount. And of those who do arrive, that over 90% of those seeking asylum are found to be fleeing persecution and in need of protection.

“Today is the day we can say for certain that we have lost our moral compass when it comes to compassion for asylum seekers and refugees,” said Ms Poulos.