Home > Opinion > The dangers of abandoning the Old for New 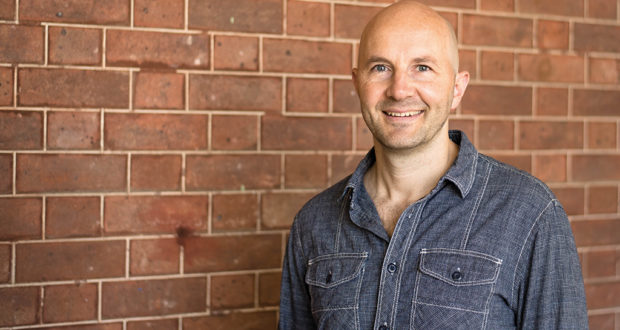 The Old Testament makes up around 75 per cent of the Bible but is often seen as harsh, confusing and downright problematic in light of current thinking on women, sexuality and violence. Dr Paul Jones explains why embracing the Old is just as vital as the New.

Christians affirm the Old Testament as sacred scripture, right? Don’t we? Hmm, sometimes we’re not so sure …

Most Christians come to faith by engaging with the “good news” of the New Testament. In a backwards kind of way, it’s only later that we flick the pages back to the somewhat confusing Old Testament because, well … it takes up 75 per cent of our bibles.

So let’s be honest. Why do we avoid the Old Testament?

There are a bunch of reasons: we don’t like the way women are treated—or mistreated; we don’t like the violence that God condones and commands; we don’t like living by rules we don’t understand (I can eat locusts but not bacon?!); we’re uncomfortable with the way some texts appear to contradict others; and we’re embarrassed by some of its apparent claims, which don’t sit well with a modern, scientific view of the world (for example, Genesis 1).

But there’s a danger in siding with Marcion, a 2nd century theologian who decided that the God of the Old Testament couldn’t possibly be the same as the God of the New Testament, and whose theology ultimately paved the way for Nazism and the Holocaust.

Many Christians feel they can’t simply reject the Old Testament altogether, so they continue to pay it lip service. But in reality, it continues to be ignored. After all, it is “old”, and there’s a newer testament available for us to read, study and preach (newer is always better, right?).

Here’s the problem (or at least, part of it): if we choose to prioritise the New Testament and neglect the Old Testament, we’re essentially picking up only the last quarter of a story—God’s story and ours—and yet hoping that we’ll manage to understand what God’s purposes are for this wonderful world and all that is in it. Simply put, Christians who neglect the Old Testament are in danger of missing the plot.

God had been making himself known to Israel for centuries before Jesus brought a new level of clarity to that divine self-revelation. As the Principal here at Trinity College Queensland often says, “Jesus comes to us clothed in literature”. That is, we see and hear Jesus most clearly by reading and studying the Scriptures that Jesus himself read—the Old Testament.

Of course, the question of whether the Old Testament still applies today goes way beyond understanding Jesus better, but it’s a good place to start: the entire Old Testament continues to speak today because it testifies to God’s living Word (See Matthew 5:17-18; John 5:39-40).