Home > Opinion > What do we really mean when we talk about Christian leadership? 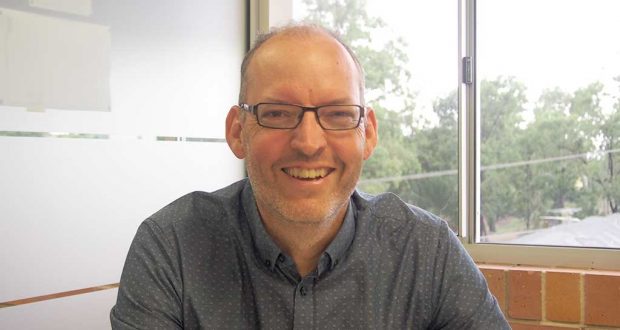 You may have heard the phrase “Christian leadership” within church circles. In the Queensland Synod leadership is one of five priority directions. But what does it actually mean and how much should Jesus inform your understanding of it? Scott Guyatt, the Queensland Synod’s director of mission strategy, offers his perspective.

We talk so much these days about leadership, and there are those who would argue (reasonably so) that in the church we shouldn’t be focused on it so much—that we should be oriented more around servanthood than leadership.

If we accept that leadership is a real thing and that it is (to quote Craig Bailey, Director of Leadership at Uniting College) “born in the heart of one who recognises what is, sees what could be, and is consumed with the tension between those two things”, can we in any meaningful way say that there is such a thing as “Christian” leadership?

Is any leadership offered or experienced in a Christian organisation (like the church or an agency or a Christian school) automatically Christian leadership?

Or can Christian leadership be offered or experienced outside the church? If I lead my team in the workplace, captain my sporting team, parent my children or play a role in public political life, can I offer “Christian” leadership in those contexts?

With that in mind, I wonder if Christian leadership can be said to be leadership that either by announcement or demonstration (or both) reveals something of the reign of God; that brings about wellbeing, peace, justice, reconciliation, grace and maybe (eventually) discipleship.

I’m sent to scripture too, to wonder whether Christian leadership is that which in some way helps to bring forth love, joy, peace, patience, goodness, kindness, gentleness, faithfulness and self-control in the life of another?

If we were to look toward Jesus as the prototypical Christian leader, can we see these things in his leadership? Can we see these consequences in his followers (both during his life and later)?

We don’t see in Jesus’ life a concrete example of how to lead an organisation consisting of thousands of people and a budget in the millions or how to exercise national political leadership.

But maybe we can encounter the story of one who inspired countless others both in his own time and in times still unfolding; who believed in the capacity of the human spirit; who confronted injustice at personal cost; who raged when rage was needed; who wept when that was the only possible answer.

We can encounter the story of one who challenged and changed the world view that shaped and sustained the culture into which he was born.

We can see one who announced and demonstrated God’s reign. And that, I think, is what we might mean when we talk about Christian leadership.