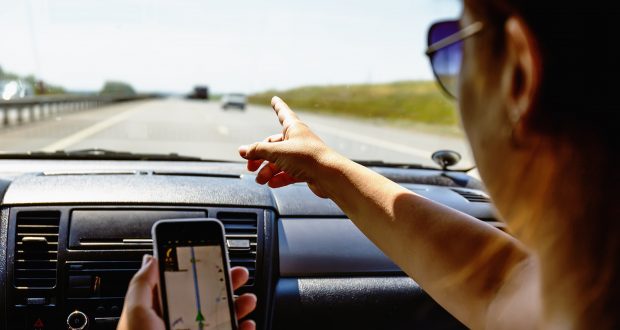 A little while ago, I was travelling and using the car’s GPS to help guide my path.

I had a rough idea where I was going, but the GPS knows everything, right? So, I had the destination plugged in, and that lovely, calm voice was chattering away in the background, offering instructions to take the next exit, turn right, turn left and so on. At one point, passing through an area, I thought I knew well, I decided to set my own path, taking an alternate route that would avoid some traffic and multiple traffic lights. I’d save some time. The GPS disagreed with my decision.

This went on for quite a while – me locked in a battle of will with my GPS, my stubbornness against the GPS’ wisdom.  If the situation were reversed, I would have been furious: “I TOLD YOU TO DO A U-TURN!” I would have raged.   Not the GPS. That same calm, measured, eternally patient voice: “Do a U-turn when possible”, is repeated for the umpteenth time. It would keep repeating that phrase for as long as I kept heading in the wrong direction.

Somewhere along the way, I got to thinking about the parallel with Jesus’ reflections on forgiveness that we read in Matthew 18. Peter comes looking for some advice, or perhaps for some kudos for his very generous spirit: “Should I forgive my brother seven times?” he asked? Seven? That’s a lot of forgiveness. The perfect number. More than double the oft-quoted number of three from a story in Amos. Seven times. Go, Peter!

Jesus, though redefines grace. Redefines generosity. Redefines forgiveness.  “Not seven times, but seventy-seven” (or seventy times seven, depending on how it’s translated). The point is not that we should keep count until we get to that impossibly large number and finally refuse further forgiveness. The point, of course, is that God’s grace and forgiveness are extraordinary, unending even – and that we should strive to be likewise.

Jesus immediately illustrates the point with the parable of the unmerciful servant. We are familiar with the story: forgiven much, the servant cannot pass on that same measure of grace.

“Forgive us our sins, as we forgive those who sin against us”, we pray. How bold to pray that God would help me to forgive others in the same way God forgives me? How challenging to live up to?

In our society today, I think we can make the case that grace, mercy, and forgiveness aren’t always in full supply. We’re a society that constantly reinforces the notion of my rights and my concerns over the power and value of grace and forgiveness. Outrage is our currency. Anger our language.

Sometimes that even leaks into the church. What if we collectively determined that it couldn’t, shouldn’t, wouldn’t? What if forgiveness was our currency, grace our language? That’s a church I’d like to be part of.

My GPS, eternally patient, would go on to forgive me more than seven times as we travelled that day before I finally relented and realised I was lost. I reckon if I set the GPS to plot a course for Cairns and then started heading south toward Sydney, we’d easily crack the seventy…and probably the seventy-times seven.

May I forgive with the patience of my GPS.