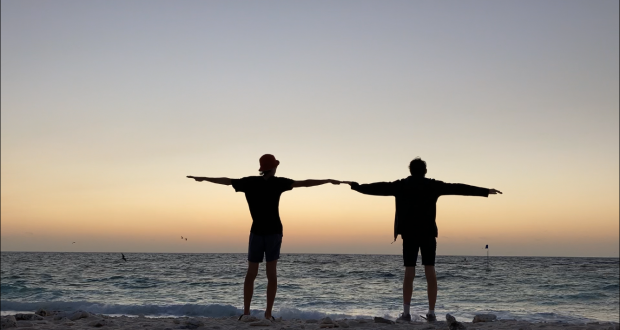 Reflection – On doubt and belief

It seems that sometimes Thomas gets a bit of a bad rap. “Don’t be a doubting Thomas,” we say. As if we’ve analysed the story and all agree that doubt is wrong, and Thomas has failed.

“He couldn’t even believe in Jesus without seeing and touching…that wouldn’t have been my story” might be another reflection.

There are a couple of reasons I struggle with this interpretation of the story of Thomas recorded in John 20.

First, Thomas expresses some doubt and desire to see the risen Jesus for himself and isn’t asking for anything the rest of the followers haven’t also experienced. The rest of the crew were locked away behind closed doors, fearful of what was going on after the death of Jesus. It’s only when Jesus himself shows up in their midst when they see him risen, for themselves, that the tone changes to one of rejoicing, that confidence and belief start to emerge.

Thomas needs the same thing – to see for himself – so that his sense of despair can transform into one of celebration. Somehow, we’ve managed to mark out Thomas as somehow different or inferior in our interpretation of this story – that his doubts were more significant or more profound than the rest of the disciples.

Maybe we’ll think of Thomas differently if we see him as needing only the same encouragement, the same experience, and the same discovery as his friends.  And if we’re brave enough to admit that many of us would be in just the same if faced with that same situation. Our opportunity is not to judge Thomas for doubting but to see his own story and experience what it took to move from a natural sense of doubt to a renewed sense of belief and confidence.

Secondly, there’s a question of whether doubt is in and of itself a bad thing anyway. Maybe deep down, we perceive that doubt and belief are opposites. Antonyms. The reverse. One good, the other bad. Belief is the complete absence of doubt.

I can’t help but wonder whether doubt and belief are cousins. So closely related as to require one another.  To honestly believe, it seems to me, is to express, explore, and overcome doubt. I wonder whether belief can ever really be said to be true without first experiencing doubt. Maybe it’s even possible to believe amid doubt.

I don’t’ think Jesus’ final words to Thomas “, Blessed are those who have not seen and yet have come to believe”, critique the place of doubt in helping us find belief – more that there are ways to overcome the challenges of doubt without a physical encounter with the risen Jesus.

That, of course, is the story for all of us who live in a time that is post Pentecost.

Doubt, I think, is not something to be shied away from, frightened of. It is instead something we can explore, express, and experience. Doubt, I think, leads us to encounter its cousin, belief.