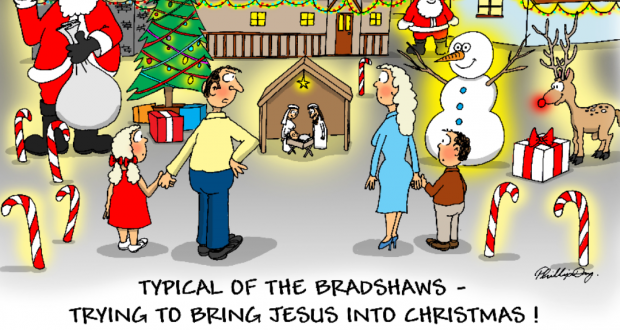 Here we go again, Christmas is coming. Families looking at their budgets, kids looking at catalogues, grandparents looking at new opportunities for indulgence. Some people are looking at options to help them just survive it. Retail stores are looking for the boost that they’ve already accounted for to get to the year’s projected sales. 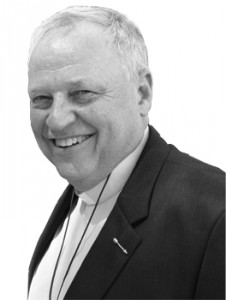 One of the issues for ministers in the Uniting Church is that the lectionary readings—set readings to cover the great themes of the Bible over a three-year cycle—designate this time of year as the time of Advent. “Advent” means coming, so although the congregation wants to sing Christmas carols and hear of babies and love and peace on earth, the Sundays before Christmas are about the second coming: the return of Jesus, the apocalyptic scenarios that are a shock and a disturbance to our well-secured life in the Western sphere of humanity, and the repentance this inevitable event calls for.

It’s said that the themes of the four Sundays before Christmas used to be death, judgement, heaven and
hell, so that by the time we arrived at Christmas Day
we were hanging out for a Saviour! Looks like the folk
in marketing have pulled us away from those nostrums.

There’s a sense in which Christmas should be intrusive. If God is coming to be amongst us, present amongst us in the babe, in the boy at the temple, in the pharisaic rabbi who had to be executed for the safety of the people, then that should shake our plans and our presumptions.

Luke puts it this way: “In the fifteenth year of the reign of Emperor Tiberius, when Pontius Pilate was governor of Judea, and Herod was ruler of Galilee, and his brother Philip ruler of the region of Ituraea and Trachonitis, and Lysanias ruler of Abilene, during the high-priesthood of Annas and Caiaphas, the word of God came to John son of Zechariah in the wilderness.”

That is, when everything was in order—all the right people in the right places, according to human wisdom, that larrikin God of the desert, first revealed in a burning bush to a fugitive called Moses, sends his messenger to tell people to get ready, God is visiting his people.