Home > Opinion > The Christian church continues to shout from the streets 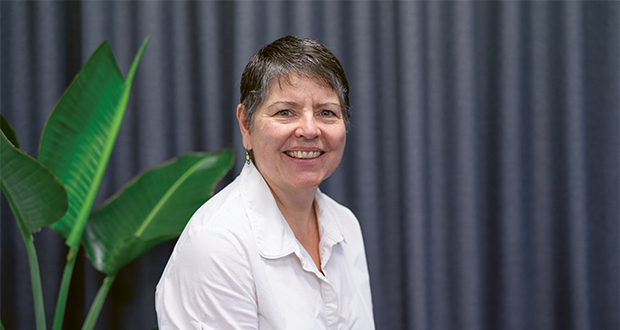 The Christian church continues to shout from the streets

I was a teenager in the 1980s. While I know that this dates me, it was a time when the greatest anxiety in the world was the threat of nuclear war.

We went to workshops to resolve how to deal with the existential anxiety arising from a time when we believed we would be annihilated by the press of a button. It was the first time I heard of the doomsday clock https://thebulletin.org/doomsday-clock/.

It was also the first time I truly understood how my Christian faith could be shouted from the streets. It could be confrontational and call us to account. It could be public, not private. It could be remonstration even as God calls us to be reconciled.

These days the same global existential dread is experienced in terms of environmental issues, the threat of pandemic (this one and the ones to come) and the continued threat of global catastrophe precipitated by weapons of mass destruction (to name but a few).

Thankfully the Christian church continues to shout from the streets around these and many other issues. To do so follows in the footsteps of the prophetic tradition of the church. Indeed, in the Uniting Church, we have a provision in our Code of Ethics that allows for the exercise of political resistance or civil disobedience.

“Wisdom shouts from the streets” is the title of the exhortation in Proverbs 1:20-33—it is a cry of desperation and frustration. Surely cries the woman, surely you do not reject the knowledge that stares you full in the face? Then in the tradition of the ancient wisdom literature, comes the sting, those who do not understand will suffer, whereas those that follow the paths of wisdom will be safe.

The reading gives us the clues about how to navigate every time and this place in the ambiguity of the Christian faith. How to live in the now of injustice and distress while holding the hope as disciples of Jesus of Nazareth. The ancient proverb gives us permission to do this in an active way in Christ. It shows that such ambiguity continues, and we always have permission to speak up, stand up, turn up. The clues? To find your groundedness in the Creator God. To know that in God there is capacity and depth that will never be understood. To know that you are not alone. To live in a community that understands the interconnectedness of the whole of creation through God. To know that we are the active hands, feet, and voice of God. To know that our safety comes from the understanding of where we belong in God’s economy. Loved, redeemed, forgiven, charged with mission.

Again, if you haven’t already watch this video which illustrates the corporate discipleship of the Uniting Church in Australia, shouting from the streets, I encourage you to do so.