Home > Opinion > What is Space for Grace? 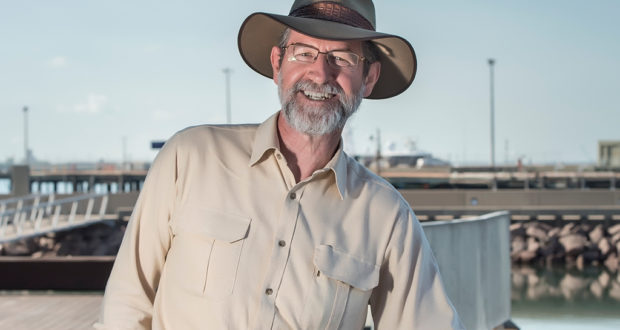 The expression “Space for Grace” may have pricked your ears recently in the context of our church’s continuing discernment about marriage. Uniting Church president Stuart McMillan reflects on what it actually means as the nation participates in a postal survey on legalising same-sex marriage.

Space for Grace is a process that we’re using to build community for Spirit-led decision-making within a diverse group of church members.

It’s been developed over a number of years by the Assembly’s Multicultural and Cross Cultural Reference Committee based on that group’s approach to decision-making across a very diverse membership.

Over a series of steps participants are encouraged to push out or enlarge their personal boundaries through mutual invitation to story-sharing and active listening.

Hopefully this “grace margin” shared between group members enables a Spirit-empowered community to form, which discerns God’s will, and agrees on actions to be taken.

The Uniting Church, in contrast to the nation, is encouraging respectful conversations on marriage between our members. Being open to difference and grappling with it respectfully is the great and eternal work of reconciliation that continues within our church and beyond.

No matter how difficult the conversation or how wide the differences are, there really is nothing that cannot be resolved if we are prepared to listen to one another and leave the space for God’s grace.

Our current understanding of marriage is “the freely given consent and commitment in public and before God of a man and a woman to live together for life”.

As we enter this next phase of the marriage conversation it’s important to know what work has been done already.

In 2012 the 13th Assembly tasked the Doctrine Working Group with preparing a discussion paper on marriage and exploring the implications for public covenants for same-gender relationships.

That work took place, and the 14th Assembly in 2015 resolved that further work be done including engaging with the continuing work of the Doctrine Working Group, engagement with members of the LGBTIQ community, the wider church and ecumenical partners.

Since then, at the request of the Assembly Standing Committee, I have initiated further discussions about marriage and same-gender relationships in culturally appropriate ways.

These discussions have used the Space for Grace process and have started from the broad question of what constitutes healthy relationships.

Stuart McMillan
President of the Uniting Church in Australia

If you’d like to know more a Facilitator’s Guide to the Space for Grace process written by Rev Dr Amelia Koh-Butler and Rev
Dr Tony Floyd is available for download on the Assembly website assembly.uca.org.au