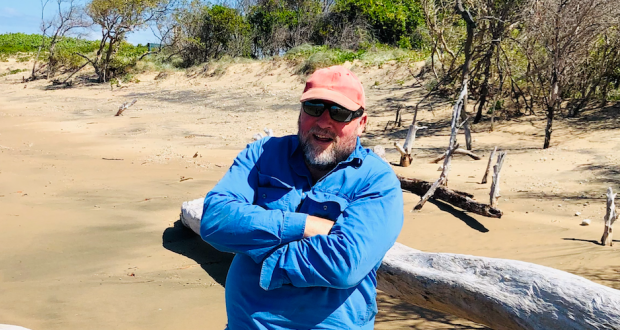 It was Sunday after church, and I dropped around to a share house where I met with six folk in their twenties to chew the fat and ask a few questions about religion and the church.

None of them went to church—two had been involved with the church in their younger years, two had been exposed to the Christian message through Sunday school and family members, and two had no real experience of church.

So we gathered around beers and BBQ and began to chat. I asked them a series of questions about the role of religion in society, specifically if they thought religion had a part to play in society. The answers were thoughtful and insightful. One bloke said that religion provided a cohesive framework for morality, a kind of agreement that held society together; most agreed and thought that religion was important for a healthy society.

The point was raised then about the difference between healthy religion and unhealthy religion. The consensus was that religion that is powerful and controlling tended to be unhealthy and given to abuse, but religion that served the needs of the people were good and made a positive contribution to society. At this point, one of the women there offered up an insight: she said she had explored different beliefs, notably Buddhism, and the beliefs she formed played a part in her well-being, but it was when those beliefs became faith that they became most transformational. Through faith, she had a sense of connectivity to the divine, the entire cosmos, and all creation, in that she found a framework deal with life and all its complexities.

We then spoke more specifically about the church and the Christian message. Most agreed that the church has and does play a positive role in society through its community service and teaching the message of Jesus. There are exceptions to this, though, and they were around the abuses that the church had perpetuated sexual abuse, but one issue that was raised was church power and wealth. There was a collective agreement that the church should not be a business with the apparent aim of generating wealth and gaining power, and some said that they couldn’t see how a wealthy church could be promoting the message of Jesus. It was apparent at that point that they had an understanding of the message of Jesus, and it had nothing to do with power, wealth or privilege. So we started talking about the churches’ message, they raised, “Do unto others as you would have them do unto you”, “Forgive your enemies”, among a few, so I got the impression that they did have some understanding of the message.

It was then that I asked if they were interested in hearing the message, and they said they were. So I explained simply that our message was that our past and present life don’t have to define us. Through an intimate and experiential relationship with God, we can have a partnership with God and write our destiny. I explained who Jesus is and that Jesus has completely identified with our humanity, taken our pain, sadness, and failings, and dealt with them. Through this relationship with Jesus, we can know liberation. I explained that the church was a collective of folk who had had this experience and are committed to sharing this message with the world and working together so others could experience that liberty.

I then asked for feedback about the message, and there was an agreement that it was a good and essential message; then, one person made a crucial point: the message should be descriptive, not prescriptive. I asked what she meant by this. She said that part of her understanding of the church is that it was prescriptive. That is, it was focused on telling people how to live, who’s right and who was wrong, who was in and who was out; she couldn’t see how that had anything to do with the message. She went on to say that the message was descriptive; it described a relationship, not a set of rules. Others then offered up some thoughts about this—they said that they thought that there should be freedom from rules so that people could explore that relationship, and the role of the church was to facilitate that process, not to direct it. Some were saying that the church has been way too rule-based and, in so doing, had isolated folk from the experience of faith.

I asked them how the church might best position itself to share the message. There was agreement that the church needs many doors into its life- services at 9 am Sunday as the primary point of engagement just don’t cut it. They thought that the church should find creative points of engagement, and there was some talk about how this happens through programs like Red Frogs and other outreaches. I got the impression that they were talking about the church doing more than acts of service; it sounded like they were talking about ways to share the message of Jesus teaching. During the conversation, something was confirmed to me. These folk, those we call millennials, were not ambivalent to the church’s message at all; they saw it as valuable and essential to social well-being. But, and an important “but”, I felt they were clear in saying that they believed that other messages of hope and purpose were valuable as well, and this included other religious belief systems.

I hope that I haven’t given the impression that for this group of adults, the Christian message held an exclusive right to truth and life because I don’t believe this is the case; I think it would be accurate to say that for most present the message of the church is great, but it is a great message among other great messages. There certainly was agreement that it had to coexist with science and current learning and understanding whatever the message was. They said that any belief system ignorant of the sciences was out of step with what they thought a healthy belief system should look like.

At the end of the discussion, I thanked them for their honest, frank and insightful dialogue, and I promised them I would write the conversation up and give it to them to read. I jumped in my troop carrier, and as I sat there waiting for the air conditioning to cool the car, I had a distinct impression that I had just had a deep faith conversation. These young adults were in no way opposed to religion or the church’s message, and they could make a clear distinction between a message that described their relationship with God rather than a message that prescribed a set of rules to live by. They had shared with me that they knew the difference between mere belief and deep-seated faith and told me that they believed faith was important.

So why are we not seeing more of these young people in our churches? They answered that for me, they don’t want to be locked into an institution with its rules and regulations. What they want is something much more organic and relational, porous at the sides, multi-faceted and has many creative points in which to engage. They want ecclesia, a gathering of folk on a journey of exploration where together they can discern what it means to have these intimate, experiential relationship with God and see whether the teaching of Jesus can play into in their lives and the world around them. They want a church that encourages them to pick up beliefs, explore them and see if it turns into faith. I think they want a church that doesn’t freak out when they try new things and new understandings on their journey to faith.

For those of us formed in the institutional model, this is very scary; how will they know what to believe and how will they know how to act? Second Corinthians 3:17 says this: “Now the Lord is the Spirit, and where the Spirit of the Lord is, there is freedom.” Jesus’ first sermon was about liberty, about freedom and John teaches that the Spirit will come to guide us to the truth. Given that these themes are throughout the Scriptures, why should we be worried about creating a space for people to explore belief and faith that is descriptive rather than prescriptive? Indeed the Spirit of God can work with open hearts and open minds to lead them to heavenly insight and understanding; it may not look like our insight and understanding, but if it produces the fruit of the Spirit, love, kindness and faithfulness [etc.] then it must be a good thing. History has shown us that when champions of the faith supported by a radical minority create these spaces, then the church’s message grows exponentially. I also know from history that this model allows for a kind of chaos of belief and action, but that’s the story of the church, finding meaning and purpose during the chaos and growing despite it.

As I reflect on this encounter, I remember the last question I asked, “Why were they willing to engage in this conversation with me?” One young woman said it was because she felt I had no agenda, I wasn’t trying to convert them, it is evident to her that I was there to listen, learn and share, that there was respect and mutuality about the conversation. This gave me hope- I hope we can talk more and explore more together; I hope that our conversation will add a little to their exploration and journey, and I hope what I learned from them can be helpful for the rest of the church. So I would encourage you to go to those who don’t identify with the church, be curious, and engage them respectfully, opening up mutual sharing together.

Rev Craig Mischewski is the Minister at St Lukes Weipa and Mapoon.