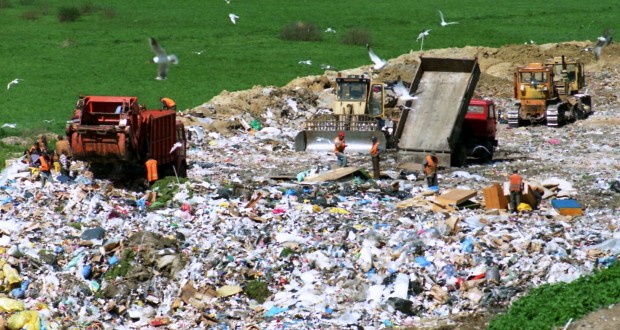 Container deposit legislation (CDL) is in place in South Australia and the Northern Territory and was used in Victoria but has since been rescinded. Attempts to introduce similar legislation in other states have been unsuccessful to date. Some contentious research with a small sample size has found a majority in favour of the scheme, and a national scheme has been proposed. The value of deposits and the scope of their application have been influenced by the guarantee of free trade between the states contained in the Australian Constitution. The defining case in this issue was the attempt to introduce a differential between reusable and recyclable bottle deposits.

CDL in South Australia was put in place under the Beverage Container Act 1975 (SA) and came into operation in 1977. The Environment Protection Act 1993 (SA) now governs the levying and refund of deposits. There is a refund of 10 cents per can or bottle (increased from 5 cents in late 2008). Around 600 people are employed in the recovery of containers, and community groups are reported to generate a total of $9 million dollars a year from the operation of container refund depots. Scouts SA reported bottle collection income of about $1.45 million in 2011. While there are professional collectors who pick up on an arranged basis from particular venues (e.g. pubs and restaurants), usually operating small trucks for the job, there are many socially marginalised collectors who forage in refuse bins and so on for discarded bottles. These collectors often travel by bicycle, sometimes with inventive modifications to accommodate the bulky load.

The Northern Territory introduced a container deposit scheme similar to South Australia from January 2012. This was challenged in the Federal Court by Coca-Cola Amatil, Schweppes Australia and Lion Pty Ltd and ceased in March 2013. The NT government stepped in to ensure that the scheme continued until a permanent exemption to the Mutual Recognition Act could be secured. The exemption was ratified in August 2013 by the Federal Executive Council (ExCo).

Mary Westcott and Kelli Longworth prepared an e-Research Brief for the Queensland Parliament in January 2010. This report concluded that most Australian states and territories, other than South Australia where CDL is already entrenched, appear to be waiting for the Commonwealth Government to institute a national container deposit system before taking action locally, and that it was unlikely that significant steps towards actually implementing a national container deposit system will be taken within the immediate short-term.

A Queensland Greens submission to the Waste Reduction and Recycling Bill in August 2011 asked for Container Deposit Legislation to be included as part of Queensland’s Waste Management Strategy.

In June 2013 a poll commissioned by Greenpeace and recycling group the Boomerang Alliance found that 85 per cent of Queenslanders wanted a scheme like the CDS. The veracity of this poll has been questioned. (Senator Nick Xenophon claims the scheme has 98 per cent support in South Australia).

In June 2013 Queensland State Environment Minister Andrew Powell said that the sticking point for any refund scheme was that someone had to pay for it. “While the Newman Government is passionate about reducing litter and improving recycling rates, we do not believe increasing the cost of living is the best way to achieve that outcome,” he said.

A meeting of state, territory and federal environment ministers in Canberra was set to discuss the issue in April 2014 and decide if states would join South Australia and the Northern Territory and implement a 10 cents cash-for-containers beverage recycling scheme. The beverage industry and the Australian Food and Grocery Council lobbied against its implementation, calling the scheme a ‘tax’. No action was taken despite the Victorian Premier Denis Napthine publicly backing the move.

Australia consumes about 14 to 15 billion drink containers a year. About half of those are recycled. The rest are either litter or landfill. While beverage containers are easy to recycle, most drinks are consumed away from home and away from recycling. Recycling bins in public places do not work because they get contaminated with rubbish, only to end up in landfill.

Deposit schemes create an incentive for people to return beverage containers to recycling depots for a refund. Drink bottles and cans make up only 2.2 per cent of all litter in South Australia while in NSW they make up about one third.

International and South Australian experience tells us that within a few years of a scheme being set up, about 80 per cent of containers are returned with a 10 cent deposit system. While about 60 per cent of drink containers consumed at home are currently recycled via the kerbside system, only about 20 per cent of those used away from home are recycled. CDS systems can financially benefit councils because although containers are directed to deposit centres, there are considerable savings in litter clean-up and kerbside collections become less costly.

A review by UTS showed that recovery rates of used containers can double with a deposit and refund scheme, mainly due to collection of the containers consumed away from home. Of course this represents an additional cost, just as council ratepayers bear a significant cost already as a result of kerbside recycling. However there are offsetting benefits, principally from the reduced environmental cost of producing new containers from raw materials rather than recycling used materials.

The UTS review also estimated a net employment increase of between 1,000 and 1,500 full-time jobs in NSW if CDL were implemented, depending on the option chosen.

The Synod has invited people to take action and write to Hon Andrew Powell, Minister for Environment and Heritage Protection, saying conversations about a national container deposit system have not yet produced a functioning result and it is now time for Queensland to offer leadership to other states by unilaterally introducing an effective state-based system. 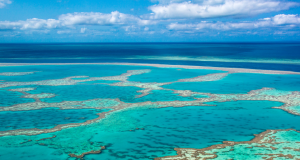