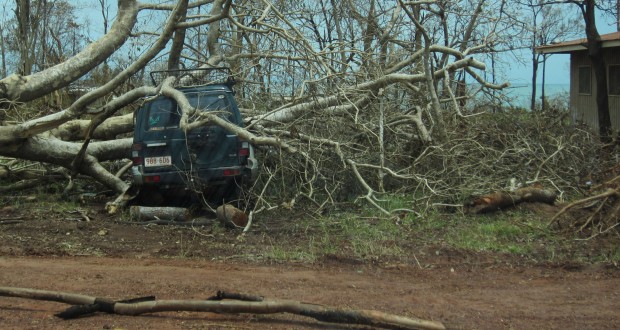 Uniting Church emergency aid and relief has begun to arrive in Central Queensland after Tropical Cyclone Marcia tore through the Capricorn Coast in February this year. Ashley Thompson reports.

The Queensland Synod’s Risk and Insurance team has been contacted by 14 sites which sustained varying levels of insurable damage from Cyclone Marcia, totalling an estimated insurance cost of $517 000.

“The most significant damage that has been reported so far has been at the Capricorn Coast Uniting Church, Emu Park site where large portions of the roof were blown off, and the torrential rain had drenched internal surfaces and contents,” says Risk and Insurance manager David Munro.

In reference to the freak cell-storm in late November last year, David says that the past 12 months have resulted in an estimated combined insurance repair bill of over $3.3 million and will therefore likely impact the premiums applicable to the Queensland Synod’s property insurance program which is currently under negotiation.

After Moderator Rev David Baker’s three-day visit to Biloela, Rockhampton and the Capricorn Coast immediately following the cyclone, the Queensland Synod Disaster Response and Recovery Committee pledged additional support for cyclone-affected communities. Pastoral care for those in specified ministry has been increased and extra funding has been provided to extend ministry work in the recovery phase. This support comes as a reprieve to the Central Queensland Presbytery which has been struggling with a lack of people in specified ministry.

UnitingCare Community has appealed for funds to support their community recovery officers providing psychological first aid on the ground, while in response to both Cyclone Marcia in Queensland and Cyclone Lam in the Northern Territory, Uniting Church president Rev Dr Andrew Dutney has launched the National Cyclone Relief Appeal.

UnitingCare Community was among four major charities to receive $250 000 from the state government for cyclone relief in the week following Cyclone Marcia.

Tax deductible donations can be made to the UnitingCare Community appeal and to the National Cyclone Relief Appeal. If your congregation has damage resulting from these events and has yet to report or lodge a claim, please contact the Risk and Insurance team as soon as possible on 3377 9941. 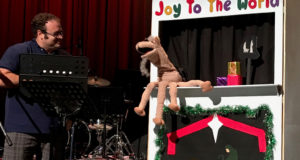 Christmas is a community affair on the Capricorn Coast