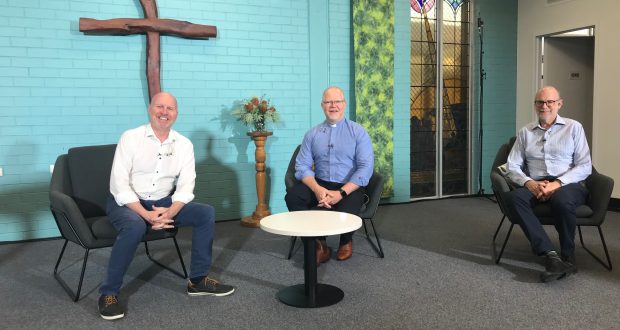 James O’Callaghan reports on the second day of the 35th Synod in Session where reports from multiple governing bodies and agencies were received by members.

The first virtual and 35th meeting of the Synod in Session continued for a second day on 24 October 2020.

The day was opened with worship and Bible study where leaders from the Uniting Aboriginal and Islander Christian Congress reflected upon the theme of the 35th Synod, “Grow” and the reading from Ephesians 4:15-16 about working together as the body of Christ.

Among those who offered reflections was Rev Dennis Corowa, retired Minister of the Uniting Aboriginal and Islander Christian Congress, who spoke of truth telling and hearing the stories of others. He reflected upon his ministry experience in Townsville where there were stories of joy as well as pain and frustration.

As part of the worship, ministry candidates at Trinity College Queensland shared prayers of intercession.

The members of Synod received the General Secretary’s report by consensus.

In particular, General Secretary Rev Heather den Houting addressed the Queensland Synod’s response to COVID-19 and identified her focus areas for the next 18 months.

“We are looking at ministry around mental health and community resilience where the Uniting Church has abundant gifts to offer our communities,” said Heather.

A minute of appreciation for immediate-past moderator Rev David Baker was also brought to members of Synod by Rev Gerda Olafsen and Rev Andrew McBryde.

In introducing the minute, Gerda and Andrew who also acted as David’s chaplains, commended David for his service to the church, particularly over two terms as Moderator.

“We wish you every blessing as you move into your new ecumenical role, you will be a breath of fresh air.”

Members of Synod were then taken through a report from a facilitation team established to deliberate on the Project Plenty feedback obtained from small group sessions held earlier in the meeting. Overall, there was majority support for the work undertaken as part of the Project Plenty journey. The feedback received will now be taken on board and incorporated into the Project Plenty proposal before a final decision is made on Sunday 25 October 2020.

The immediate-past Moderator Rev David Baker presented the Synod Standing Committee report which was received by members by consensus.

“We have been able to do our work and exercise our minds and discernment that has been excellently supported by the Synod office.”

On behalf of the Synod Standing Committee, David presented minutes of appreciation to:

The report from the Finance Investment and Property Board was received by consensus. Executive Director, Strategic Resources and Assurance with the Synod office Peter Cranna presented outgoing chair of the Board, Ralph Collins with a minute of appreciation for his service to the Uniting Church, sitting on the FIP Board since 2007 and acting as Chair since 2010.

As part of the National Assembly report, members heard of the impact of COVID-19 and the response to the pandemic at a national level.

“As the Uniting Church we have been advocating for those in greatest need,” said Deidre.

To close the second day of the 35th Synod in Session, members heard a proposal around the renomination of the General Secretary which was put to a ballot vote. The outcome of this vote will be discussed on Sunday.

Stay tuned to JourneyOnline and the Queensland Synod Facebook page for highlights and daily overviews from the 35th Synod in Session. 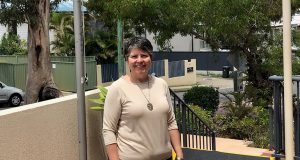 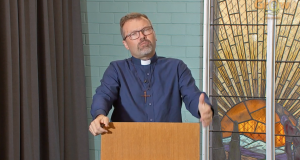 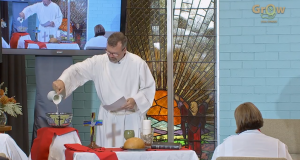