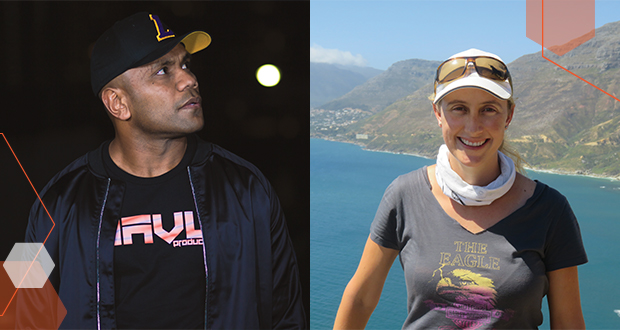 A passion for learning and a heart for listening

Cindy Howie was born in Bulawayo, Zimbabwe. She is currently on leave from her teaching appointment and is studying at Trinity College Queensland.

I was in Year 7 when we moved to Brisbane from Africa. The highlight was to be reunited with my beloved grandmother. Nearly every time I go past Indooroopilly Uniting Church I smile because I can almost feel her squeeze my hand.

During my high school years at Brigidine College, four friends and I joined a Christian youth group called Antioch. Over a five-year period, life-long friendships were built and during this time I was confirmed into the Catholic Church.

When we were 16, my friend suggested that our faith should be more than sharing stories; that we should start journeying with people experiencing life differently. We approached the Wesley Hospital because we could get the train to Auchenflower after school. Volunteering from a young age at the Wesley was such a blessing.

I am interested in ministry work journeying with people from all walks of life. Several years ago I participated in a two-week Community Orientation Course in West End. Listening to people’s stories really opened my eyes and heart. I learnt about Indigenous spirituality, sexuality and gender issues and mental health concerns, heard from refugees and ate with the homeless on Turbot Street.

From 2012 until 2018 I accompanied a small group of high school students overseas on an immersion or journey of solidarity. To live in villages interacting with the locals and encountering the many and varied faces of God is phenomenal.

Every year of my teaching career I’ve taught business but the subject I love most is religion. In 2016 I completed a course at Tantur Ecumenical Institute in Jerusalem. I knew after this experience that once I had saved enough money, the next time I took a year off work it would be to study God’s word further.

My long-term hope through my study path at Trinity College Queensland is to complete a Master of Theological Studies and to one day spend a term at a school in Zimbabwe, with the hope of setting up an immersion program connecting young Australians with the faith-filled Zimbabwean locals.

My time at Trinity is preparing and guiding me in many ways. I’ve never really had a “home church” because I prefer to float—any church, any time. Trinity College is the closest I’ve been to having a home church. There is a real sense of being a community of faith, from our weekly chapel worship to sharing time together over lunch.

Studying at Trinity has brought me inner peace—knowing that I am exactly where I am meant to be.

Playing on the side of the Lord

Rugby league great, hip hop artist, youth facilitator and Trinity College Queensland student Namila Davui (aka Myshon Kyd) was born in Lautoka, Fiji. He moved to Australia when he was two-years-old and is married with three children.

I am the youth pastor at the Uniting Church Aboriginal and Islander Congregation Zillmere while studying a Bachelor of Theology at Trinity College Queensland. My father has been a Uniting Church minister for over 36 years.

I am also the Director of Davui Productions, where we specialise in youth development programs and consultation in the Brisbane region.

I played Rugby League for the Capras and Norths Devils in the Super Intrust Cup. I also played down south for the Parramatta Eels, North Sydney Bears and the Canterbury Bulldogs. I did a stint in London playing for the London Skolars. I have had the opportunity to represent Fiji, playing a handful of test matches and was chosen in the squad for the Fiji Bati in the 2008 Rugby League World Cup.

In rugby league you get paid to do what you love—it was a real blessing and something that I am grateful to God for. I think the only time as a professional athlete I felt I struggled was when I was injured, when I could spend eight to 12 weeks on the sidelines. But I did have a strong support network around me to help navigate through those times. Particularly my faith in God was a strong foundation for me, to just lean on God in those times and know he was in control.

Hip hop was something I picked up one day when I was at friend’s house and he had a studio set up. We got to writing and then recorded some verses. I continued from there and started teaching hip hop dance at a community organisation where I was working as they were looking for someone to teach young kids. I love to dance! Since then I have used hip hop as a way to minister to young people in our community.

I am passionate about the word of God. Since starting study at Trinity College, it’s been a transforming experience. Being able to study the word and being transformed by it has been the best experience I’ve had in my life, besides giving my heart to God over 13 years ago. If God permits, I am looking at becoming a Minister of the Word in the Uniting Church. 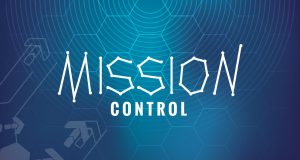 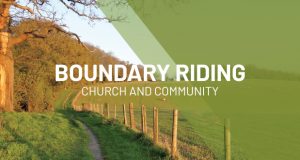 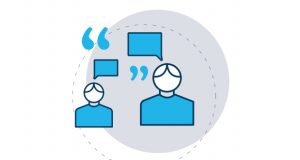 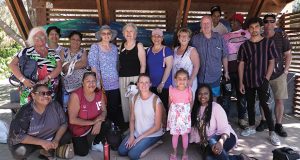 Walking together on country 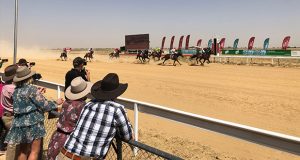 The gift of hope, hand-delivered to remote Aussies