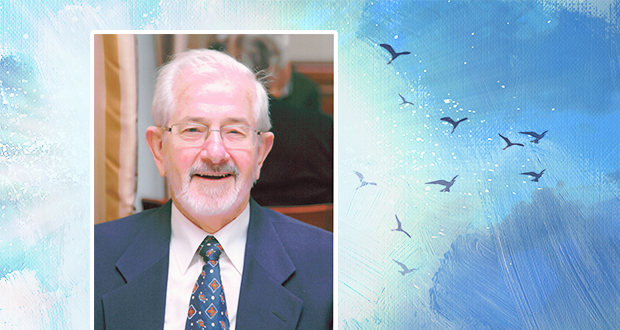 Noel William Preston was born on 15 December 1941 in Mareeba, North Queensland, the first of four children to Methodist minister, Rev Arthur Preston, and his wife, Clare (nee Green). Arthur Preston’s ministry at West End (1948-62)—establishing an inner-city mission which gave rise to the Blue Nursing Service, pioneering youth ministries and an influential preaching pulpit—made an indelible impact on Noel in his formative years.

Education was at West End State School, Brisbane Boys College and Kelvin Grove Teachers College, with a year teaching at Charleville, before Noel was received as a candidate for Methodist ministry in 1962. He served a probationary year at Wavell Heights, had three years of studies at Kings College, University of Queensland, and was ordained in October 1967.

After three years at Mitchelton Methodist, Noel went to the USA to undertake doctoral studies in social ethics at Boston University, where he was taught by leading Christian theologian and ethicist, Dr Reinhold Niebuhr. This set the stage for a vocation dedicated to concerns about national values, public sector ethics, economic justice, all forms of discrimination, Aboriginal rights, refugees and eco-justice. His first wife, Pat, the mother of his three children, was ever supportive during this time.

Returning to Australia in 1972, Noel became a controversial figure in his advocacy for same-sex unions, Indigenous self-determination and, as part of the Concerned Christians group the right to protest, issues on which he clashed with the Queensland Premier Joh Bjelke-Petersen. He served as Education Officer with Action for World Development, Executive Director of Social Justice for the Uniting Church in Victoria, and the inaugural convener of the Uniting Church’s national Commission on Social Responsibility (1977-80).

Becoming an ecumenical tertiary chaplain and part-time ethics lecturer at two campuses in Brisbane in 1982 set him on an academic career through the 1980s and 90s, as Senior Lecturer, Associate Professor and Adjunct Professor in the fields of ethics, applied ethics and governance at Queensland University of Technology and Griffith University. He continued his activism in such causes as industrial rights for electricity workers in Queensland, and as co-founder of People for Nuclear Disarmament.

The 1980s Fitzgerald Inquiry into corruption in Queensland’s police force saw Noel engage in grassroots activism against corruption, as well as high-level political, public service, parliamentary and institutional initiatives towards embedding ethical principles and enhanced oversight and accountability mechanisms into public life in Queensland. Noel became a national leader in the evolving field of public sector ethics. In 1992, he returned to the USA to study administrative and legislative ethics and ethics education programs, and he was a founder and the second national president of a new peak body of ethics educators and practitioners, the Association of Professional and Applied Ethics.

A prolific writer, Noel’s published works included five books on ethics, including the acclaimed text Understanding Ethics (Federation Press, 1996, now in its fourth edition), Ethics and Political Practice (co-editor, 1998), Ethics: With or Without God (2015), and his memoir, Beyond the Boundary (2006).

In 2002, Noel returned to work for the Uniting Church as founding director of Uniting Care Queensland’s Centre for Social Justice. In his three years prior to retirement, the Centre issued three major research reports – on vulnerable children, family homelessness, and prison release policy.

Environmental concerns gained prominence in Noel’s ethical framework through the 1990s and 2000s. This wider lens of eco-justice – placing the earth, rather than humanity alone, at the centre of ethical and religious concern—became a defining paradigm for the rest of Noel’s life, in his advocacy, his organisational involvements through the Earth Charter initiative, and his personal spiritual sensibilities. This was very much a shared vision with his second wife, Coralie.

In June 2004, Noel became a Member of the Order of Australia for services to the community in the field of ethics.

Noel was drawn to progressive Christian theology and connected with St Mary’s Catholic Church, South Brisbane (later to become St Mary’s in Exile), while maintaining active involvements at West End Uniting Church and Trinity Uniting Church, Wellington Point. He described his spirituality in terms of being eco-centric, not anthropocentric; inclusive, not exclusive; mystical rather than literalist; and shaped by an over-riding sense of the goodness of life rather than its undeniable tragedy. Being a founding member of Redland City U3A meditation group was an expression of this.

In 1990, doctors discovered Noel’s first malignancy. Thereafter, cancer would become Noel’s episodic companion. In 2004, he wrote about “the dawning realisation of my mortality both gradually unhinged and enlightened me … for me, living in the shadowy uncertainty of cancer has been an ongoing, at times traumatic, boundary encounter. As well, it has become a classroom for learning what love is and why loving is what matters most.”

As late as 2013, Noel, with his third wife, Olga, was active in founding Redlands for Refugees at Wellington Point, a response to Australia’s punitive policies towards asylum seekers and a further expression of Noel’s conviction that each of us must share responsibility for creating the kind of global community we want to live in—and shutting the door on people in need is not an option.

Noel is survived by Olga, his three children Lisa, Kim and Christopher, and six grandchildren. His love of music, sport and simple family pleasures in their company always gave him the balance and joy he needed.

A service of remembrance and thanksgiving for the life of Rev Dr Noel Preston will be held this Friday, October 30, at 1:30 pm at West End Uniting Church (Sussex St). The family regrets that, due to COVID-19 restrictions, attendance is by invitation only.