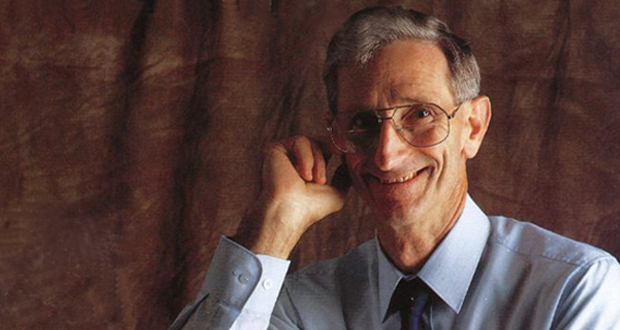 Rev Cecil Eric Schloss (1935–2020), Moderator of the Queensland Synod from 1992 to 1993, will be remembered for his effective and fruitful ministry extending over 45 years; a ministry characterised by faithful discipleship, adherence to Gospel imperatives, untiring and energetic service, and a commitment to ministry inspired by faith, hope and love.

The inner assurance “I have been called” was the foundation of the life’s work of Rev Cecil Eric Schloss (1935–2020), whose funeral will be held on 26 March.

The former Moderator of the Queensland Synod (1992–93) received a Minute of Appreciation from Synod on his retirement in January 2000 which noted that “Cec travelled extensively and brought inspiration, encouragement and renewed hope to many parishes throughout the state, more especially in rural areas where ministers and people were suffering from stress due to the prolonged drought”.

His ministry over 45 years was influenced by his Christian home and early connection to the Methodist Church. Cecil was born in Chinchilla and his work on the family farm provided practical skills and an understanding of the importance of planning and preparation which were to prove invaluable in various building projects in parishes and departments.

Following his acceptance as a candidate for the ministry in 1955, Cecil served as a probationer in Nambour and Bowen/Collinsville, after which he trained for three years in King’s College and after further study graduated with the Diploma in Divinity.

He was subsequently appointed to serve in Methodist Circuits in Maroochydore/Buderim, Noosa and Gladstone during the period 1960–1974. Rapid growth and development was a feature of all these communities and Cecil exercised a vigorous ministry during which churches were built, congregations established and developed and circuits consolidated.

In 1975 Cecil began an extended period of departmental service, first as Director of the Methodist Division of Child and Family Welfare. This was a time of change and development as the church began working in partnership with government agencies, and family group homes, homes for families in crises and women’s refuges were established.

Cecil was later appointed Associate Director of the Department for Mission and Parish Services. His responsibilities involved Home Mission Consultancy and pastoral oversight of lay pastors and patrol padres.

In 1991 Cecil was appointed Chairperson of the North Brisbane Presbytery and Presbytery Officer, and he continued in that role until 1996 when he returned to parish ministry and was appointed to the Chermside Parish.

During the years of his ministry at Chermside there was significant growth in the congregation, the amalgamation of the Chermside Kedron parishes was effected, and the plans for the new combined ministry and community centre were on the way to being realised.

Cecil’s ministry was conducted in partnership with his wife Fay and with the support of his children Evan, Andrew and Catherine.