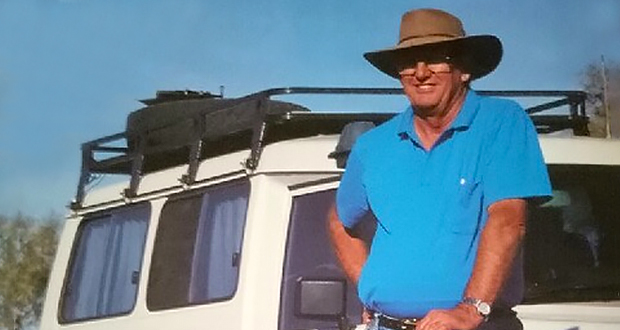 Rev Des Williams (1934–2020) will be remembered for a faithful life of service to the church, including some 46 years of ministry. With service as a minister to various congregations as well as the padre of the Burke and Wills Patrol, Des’ ministry took him across the state including Noosa, Bundaberg, Mackay and Bundamba.

Born in Rockhampton, Des’ working life was dominated by work in ministry except for his National Service with the Air Force, and in the early 1950s Des entered the Home Mission Training Institute (which was part of the Fortitude Valley Methodist Circuit) to study theology.

Chaplaincy featured prominently in Des’ ministry: he was the honorary Interchurch Trade and Industry Mission (ITIM) Chaplain at the Redbank Railway Workshops, part-time Chaplain to the regular Army at the Lavarack Barracks in Townsville, full-time chaplain at Perth’s Presbyterian Ladies College and Police Chaplain to isolated police stations in South-West Queensland. In particular Des would continue his links with police chaplaincy in retirement by accepting responsibility for chaplaincy at Toowoomba Police Station.

Des’ nearly 10 years of service with the Burke and Wills Patrol were significantly challenging with the region suffering drought and hopelessness, but he brought a sense of comfort and encouragement (not to mention a supporting presence) to those he met on his journeys with the patrol. In recent years, Des has been an active and valued member of the St Stephen’s Uniting Church Toowoomba congregation where he did supply as required, conducting services at Oakey and Jondaryn and in local nursing homes. He also coordinated the Retired Ministers Luncheon for the Downs Presbytery for many years.

Described by his family as a “loving, caring gentle giant of a man”, Des will be survived by his wife Bev, two children, three stepchildren and nine grandchildren.