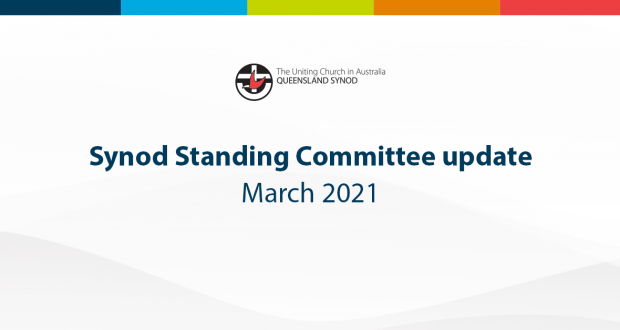 Below is the brief summary of the Synod Standing Committee (SSC) meeting—held on Thursday 4 March 2021—to inform the wider Queensland Synod community of the discussions, deliberations and decisions arising from that meeting. This meeting was held in person in Toowong.

The Synod Standing Committee wishes to congratulate the below who have been successfully appointed as either lay or ordained members of the Uniting Church in Queensland to the 16th Assembly.

The final vacancy on the SSC was filled after Rev Fa Matangi was appointed by the Moderator, after recommendation from the Renumeration and Nomination Committee and in accordance with Queensland Synod By-Laws. Fa has been appointed for the period from 5 March 2021 until the 36th Synod in Session.

Moderator Rev Andrew Gunton provided an update to SSC on visits to Presbyteries during February with further attendance at Presbytery meetings throughout March. Andrew also detailed work designed to explore the relationship between the Presbyteries and the Synod and announced a gathering of UAICC leaders in May 2021 to be held in Cairns. Indigenous leaders across the life of the church will be invited to this gathering to share their hopes and dreams for the church as we move forward in our covenant together.

The General Secretary provided an update on a number of Synod office operational matters, including the development of a new three-year strategic plan which has been aligned to the Shared Life strategy of the church. Additional items reported on by the General Secretary included the Royal Commission into Violence, Abuse, Neglect and Exploitation of People with a Disability and Shared Life. Flourishing Communities with mission priority working groups for each of the four areas forming conceptually while at different stages of practical development.

Reports from governing bodies and entities

The SSC received reports from the Renumeration and Nomination Committee and the Schools and Residential Colleges Commission as well as a quarterly update from UnitingCare Queensland. The SSC gives thanks for the incredible work of these groups the mission of the Uniting Church in Queensland.

The Synod Standing Committee will next meet on 1 April 2021. 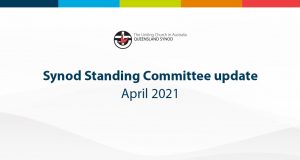 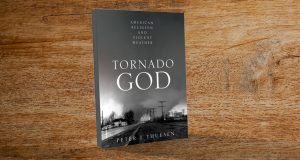 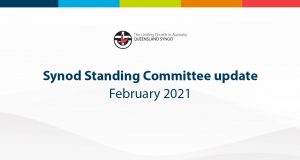