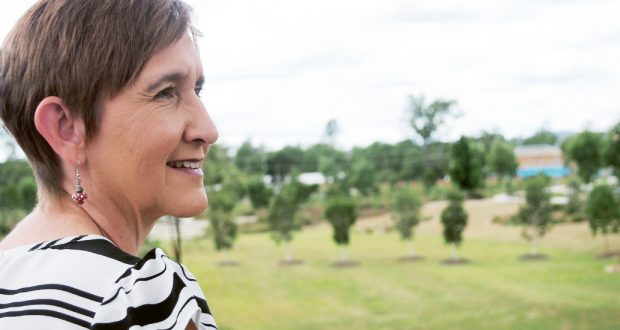 The Have A Go mission coaching pilot is up and running in Queensland Synod, and Director of Mission Engagement Rev Kath Behan is excited by the enthusiasm for new mission from the grassroots of the church. Dianne Jensen reports.

Every email to Director of Mission Engagement Rev Kath Behan expressing interest in the Have A Go mission coaching pilot has started the same way.

“We’ve been blown away by the take-up,” says Kath. “We’ve had requests from Townsville, Gympie, Yeppoon, all over the south east corner, individuals or groups of two or three and they say—I’ve just got this idea, and I’m in this place.”

Have A Go was launched at Synod in Session as an initiative of the Queensland Synod Strategic Mission Team in partnership with UnitingCare and Bremer Brisbane, South Moreton and Central Queensland presbyteries. The 12-month pilot began in July and offers free monthly coaching to individuals or small groups.

“This idea is about first of all encouraging congregation members to look beyond their walls but it’s based on building a relationship with those who are beyond the gathered church—and it’s in that process of relationship that the sharing of the story of faith and hope begins to happen,” says Kath.
The seven coaches in the Queensland pilot were trained by Rev Dr Adam McIntosh (Associate Director of Mission, UnitingCare Queensland) and Rev Rose Broadstock, whose strategy of intentionally coaching individuals and small groups has helped regenerate the Port Philip West Presbytery in Western Australia.

“There are lots of stories in Port Philip of faith communities that have come out of playgroups or after-school groups or men’s sheds or knitting circles or workplaces … wherever there is a gathering of people who have a desire to connect with faith or to recognise that there’s more to life than what we see around us—that’s where we see the church can be present,” says Kath.

The coaching will help participants tease out concepts and think about the next steps.

“It’s coaching, but with a missional intent to walk alongside people and help individuals or small groups of people to develop ideas of fresh expressions of being church,” says Kath.

The pilot will be reviewed after 12 months, and Kath is optimistic about the prospects.

“This is very much an asset-based model of community development—you can start with one person. There’s no limit with age, with resources, it’s just about each one of us embracing our discipleship call and following Jesus wherever we are.”