Home > 31st Synod > UnitingCare takes up the challenge for growth 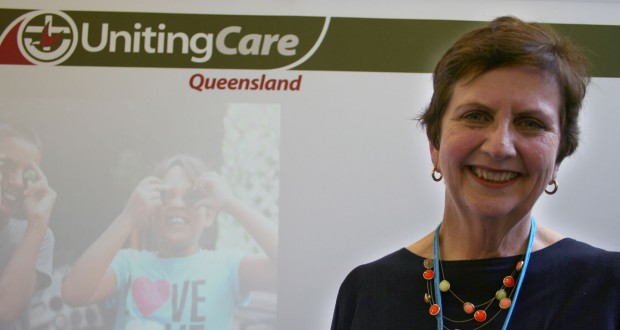 UnitingCare takes up the challenge for growth

Community services provider UnitingCare Queensland is on track to meet the challenges thrown up in an era of unprecedented change.

CEO Anne Cross told the 31st Synod meeting at Alexandra Park that the organisation must continue to adapt in order to respond to the pace and extent of reforms to health, aged and community care, disability, child protection and community services.

“There is no room for complacency and the sense of urgency is high,” said Anne as she presented the UnitingCare Report. “I certainly can’t recall a time when there was so much happening on so many fronts at the same time.”

Anne described the current aged care reforms as “the most extensive that have ever occurred in aged care”.

“Similarly the National Disability Insurance Scheme will change significantly the relationship between government, people with disabilities and their families and community service providers.”

She said that reforms to government funding and contracting, and an increasing emphasis on cost efficiency, were also driving change in the sector.

“Queensland and federal government are committed to a ‘contestability’ agenda which may open up opportunities for UnitingCare, Wesley Mission Brisbane (WMB) and others, but it also means that much of our government-funded service delivery will be contested and re-tendered.”

In her report Anne highlighted major developments for UnitingCare during the last 18 months in the areas of health, affordable housing, sustainability, and child safety.

She said that UnitingCare Community is actively engaged in responding to reforms introduced following the Carmody Commission of Inquiry into Child Protection, including implementing a new practice model for children in out-of-home care.

“Additionally UnitingCare Community is working in interventions that support children and families to avoid the need to enter the statutory child protection system.”

“The decision about ARRCS has crystallised our identity as a major contributor to remote Australia,” she said.

“Given our commitment to regional, rural, remote and Indigenous services, and to some services such as palliative care that are inadequately funded by government and health funds, achieving this overall sustainability is an ongoing challenge.”