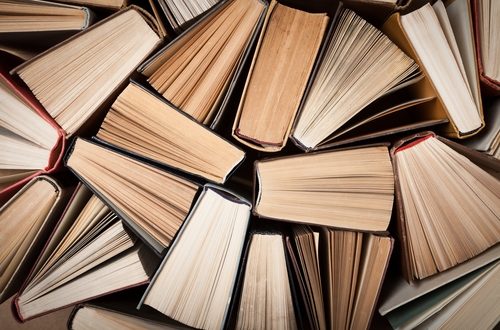 A few favourite books from 2018

As the year draws to a close and the books come out for a summer read on the beach or veranda, Nick Mattiske selects a few of his favourites from 2018. What were your favourites from this year? Please let us know in the comments below.

Much of the focus of Tom Wright’s career has been on the theology of Saint Paul. In Paul: A Biography (SPCK) Wright concentrates more on Paul’s life, yet, inevitably, what Wright talks about when he talks about Paul is theology, as this was Paul’s life focus.

By taking Acts and Paul’s letters chronologically Wright shows how the life and theology intermingle, how one cannot be separated from the other, and how the differences in the style of letters can be explained by various pressing concerns. While Wright again—and again and again—argues for his interpretation of Pauline theology, which sees Jesus as the fulfilment not the overturning of the covenant with Israel, he also reinforces the explosive novelty of the message Paul preached—of an executed, vagabond teacher and healer somehow being Israel’s Messiah who has already begun the rescue not only of Israel but all humankind. And as Wright imagines Paul sitting in jail, in both prayerful hope and despondency, he conveys how unsettling this must have all been for a tenacious man who nevertheless, unlike us, didn’t know how it would all pan out.

Blue Lake (David Sornig, Scribe) may be about West Melbourne, but armchair travellers elsewhere who are familiar with the pyscho-geographic urban writing of London’s Iain Sinclair will also appreciate David Sornig’s lyrical prose and eye for the forgotten places in our cities.

Digging through old newspaper archives, and peering through security fences while being tailed by border patrol forces, Sornig uncovers the history of both a place and its people marginalised by mainstream society. Dudley Flats was first an abundant wetland at the end of the Yarra River, derided by European settlers as a swamp, and “reclaimed” as a tip. It then attracted those most affected by the Great Depression, who built a shanty town. Like the homeless in our cities today, most of the time they were ignored, but from time to time they attracted attention for violent crime or from politicians wanting to benefit from being seen as cleaning up the place. Today the area is paved over as a container terminal, though Sornig finds the last, lingering traces of its liminal nature.

In Forms of Enchantment, a collection of the art criticism of the perceptive and wide-ranging Marina Warner, handsomely produced in typical style by Thames and Hudson, Warner describes the giving of flowers to the sick as “between ritual and everyday action”. This phrase could describe her view of visual art. It is for her a form of storytelling. Her art criticism matches, indeed merges with, her literary criticism, where she explores the power of folk tales and religious stories, which are a roundabout but vital way of dealing with fears and desires.

Unlike some modern art commentators, she doesn’t dismiss the religious as superseded. Many of the artists she discusses have religious backgrounds and converse with spiritual imagery. And in older forms of religious art she finds novelty but also relevance. She notes in both medieval and modern art the impulse, as in religion, to seek transcendence, purpose, order and meaning, or, in the case of an artist such as Hieronymus Bosch, understand their loss. She writes that artists are like the birds Noah sent out from the Ark on reconnaissance. Art speaks to the “infinite mystery of things”. Yet modern art also asks us to take a second look at the mundane, another impulse at the heart of religion. There is an anti-elitist spirit to her writing. She is interested in the way children make sense, and how that carries into adulthood. Many of the artists here are women, and their preoccupations are the female body, the natural world, folk memory, craft and the tactile. When she is writing on even the most challenging modern art, rather than elevate it, she writes of its ability to speak to what puzzles us and pay homage to the richness of experience.

Other authors might have tried to do justice to the huge topic of Brian Stanley’s Christianity in the Twentieth Century (Princeton) by cramming as much as they could into the narrative, making it bloated. Stanley’s successful approach is to take a number of key themes and illustrate them with case studies, taken from around the world, appropriately, as in the 20th century Christianity became unarguably a global rather than Western religion (even if some Western critics seem not to have caught up with this fact). So he looks at, for example, the mix of nationalism and faith in Korea, Pentecostal churches in Ghana and Caribbean Christians in modern Britain.

At the start of the century it was expected that Christianity would globally expand, but even if it was not simply a tale of decline, it didn’t all go according to plan. There were huge, complex shifts—inevitably, for the century was one of mass migrations. In the West the World Wars shook old certainties while the post-war boom created both a churchgoing middle-class and a backlash particularly in the counterculture’s scepticism towards traditional society. There was rear guard action against secularising trends through fundamentalism, evangelicalism and Pentecostalism, particularly in the USA where America’s interest was said to be the same as the Church’s. Liberal and liberation theology emphatically challenged this notion, sometimes through the influence of Marxism, which has had an uneasy relationship with Christianity, to put it mildly. In China and the USSR Marxist atheism contributed to the oppression of the churches, but in Latin America Marxists and the churches found common ground. Christianity also had an uneasy relationship with the new emphasis on human rights. By the end of the century, as Christianity’s centre shifted towards the third world, where 19th century mission and translation work bore fruit, immigrants were bringing Christianity back to the Western countries where the mainstream was rejecting it.

Diving for Seahorses (Newsouth), from sisters Hilde and Ylva Ostby, novelist and neuropsychologist respectively, is not about seahorses, but the title refers to the seahorse-shaped hippocampus in the brain, which coordinates memory, the book’s main topic.

We might think of memories as being like a library of books. And MRI scans can pinpoint sections of the brain that are like sections of the library holding various topics, even if they can’t access the “text” of the “books”. But individual memories are not like individual books, they are connections across the brain, like a research paper that accesses bits of information from various books and organises them in a particular way. These connections or patterns that light up in an MRI scan are reinforced by recollection and deliberate memory enhancement techniques, but they also change. Memory is approximate, like a painting rather than a photograph, and unreliable. So if we are our memories, as is sometimes claimed, we have a skewed picture of ourselves. Memories can also be suggested and fabricated. The authors describe how Scandinavian police interrogations had to change after the realisation that innocent people were admitting to crimes they began to imagine they committed. This is because, in the brain, truth and fiction work similarly. The acts of imagining and reminiscing light up similarly on MRI scans. Depressed people show diminished levels of both memory and imagination, while business success often relies on the ability to imagine the future in detail. There are many other fascinating aspects of memory related in this book, but I can’t remember them all.