Home > Scoop > Another way of being human in the world 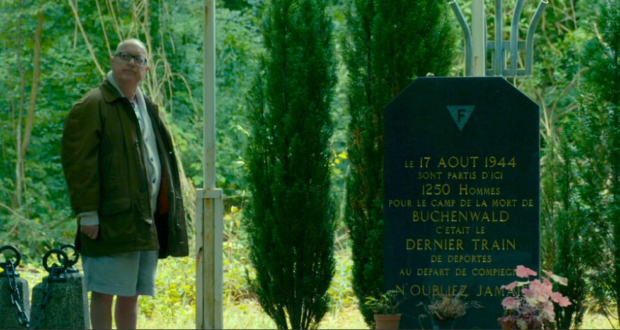 "Summer in the Forest". Photo: Supplied

Another way of being human in the world

This International Day of Persons with Disability, Sue Hutchinson, the Queensland Synod’s Research and Policy Officer, spoke with Eileen Glass, of the L’Arche Community in Australia, about life in L’Arche and the new movie being released in 2019.

When Eileen Glass walks into a L’Arche household anywhere in the world, she feels like she’s at home. Eileen is an Australian woman who first encountered L’Arche when she was 25-years-old and travelling the world.

It was the 1970s and within a year she was living in Winnipeg in Canada in a newly formed L’Arche community, with eight people with intellectual disability. They were young adults and so was she.

“I stayed there for two years,” says Eileen. “It was an incredibly important time in my life with discoveries on a number of levels. I recognised very early on that some of the people I was sharing life with, their lives had only been lived with people who were trained to work with them and paid to be with them, and no one was with them because they just wanted to be their friend. That’s an important experience to touch because that’s what the heart of L’Arche is.”

Eileen spent many years helping establish and form L’Arche communities across Australia and Asia. The first L’Arche community was established in Canberra in 1978, and the Brisbane community in 2003. She spent five years as a Vice International Leader of L’Arche.

Eileen emphasises that what’s at the heart of L’Arche is friendship that heals: “I’m saying here that it’s not only the person who lives with the experience of intellectual disability, but the reciprocal friendship is healing for people like myself; because we discover, in the company of people who live from the heart, we’re able to put down our defences and face up a bit to who we are. That becomes, then, the healing experience. There’s a great mutuality of relationship that’s at the heart of L’Arche.”

People who make a commitment to membership in the L’Arche communities are actually choosing friendship with people who often lack friends—friendship that is freely given and freely received.

The filming was done over one summer in communities in the village of Trosly in France and in Bethlehem. Trosly is where Jean Vanier founded the original community in 1964, and still lives today. One of the original houses, the Val Fleury, features a lot in the movie. It’s where Jean, now aged 90 years, eats lunch every day. Trosly is surrounded on two sides by the Forest of Compiegne—a huge forest which was the traditional hunting forest of the French kings. Eileen, who has lived there, says “the old village just nestles in under the forest”.

Jean travelled to Bethlehem for the filming there. This Bethlehem community is especially dear to Jean’s heart, because it brings together people with disabilities who are both Muslim and Christian and they are working together.

Summer in the Forest will be premiered in Australia and New Zealand in each capital city as fundraisers for L’Arche, in the week of March 11-17 next year. The following week it will be released in cinemas by Heritage Films, a Brisbane firm with the by-line “Movies change people: people change the world”.

This is one film to watch out for next year. This movie will change us. The insight given to Jean Vanier, seen clearly in this film, is that people with intellectual disability change us. They show us another way of being human in the world. They transform us, and therefore, they have an important gift to bring to the church and to the world.