Home > Scoop > Book review: A History of the Bible 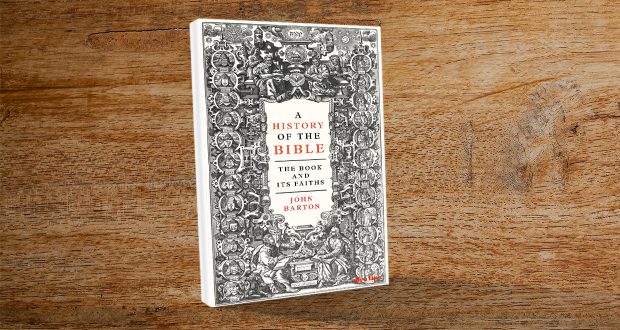 Book review: A History of the Bible

We are all supposedly familiar with the Bible, in the church anyway, but John Barton’s hefty and excellent history emphasises just how unwieldy it is. Nick Mattiske reviews.

A History of the Bible looks at both how the Bible was compiled and how it has been read. Already with the former, this can be tricky, as the original authors are somewhat lost to us, and much of the Bible’s books, especially in the Old Testament, are patchwork in character (at times with obvious discrepancies between parts), meaning, as Barton puts it, we get, even within books, authors in dialogue.

The Pentateuch is a composite work spanning centuries, and is not by Moses, there is not much before the Exile that historians can agree on in Israel’s history as outlined by the Bible, the Gospels are taken from earlier works, and have their own emphases and foci, and not all Paul’s letters are by Paul. But as Barton, a scholar and Anglican priest says, taking note of the benefits of modern scholarship in illuminating the Bible’s messiness doesn’t have to undermine faith.

The Bible has always been read through the eyes of faith. Jews and Christians, the church fathers and fundamentalists, Orthodox and westerners, and even Luther and later Lutherans all read it in very different ways.

It is perhaps an obvious point that Jews and Christians read the Old Testament differently (which surprises some Christians, but the very name “Old Testament”, used exclusively by Christians, should make that apparent). Christians tend to see more unity in the Old Testament, reading it often as one big prophecy about Jesus. But one often has to use some creativity to do so.

The church fathers were happy to do so, reading much of the Bible allegorically. Origen and Augustine both thought the Genesis creation account was obviously not meant to be read literally. The allegorical reading got out of hand at one point, not just because allegory was possible, but because the whole point was to find references to Jesus everywhere one looked. So, the Exodus story and even the Song of Songs are “really” about Jesus’ relationship to the church. And some reputable exegetes even added another layer of allegory onto the parables, which were already allegorical.

The Reformers rolled this back somewhat, though Luther had a far less reverential attitude to the whole canon than many Christians do today. He was famously happy to jettison (or at least relegate to an appendix) books that seemed irrelevant to the “core” theological message of salvation through grace alone.

Interpretation, and even what was to be included in the Bible, is guided by belief. The two are in dialogue (and to think that we can interpret the Bible free from any preconceptions is a fallacy). An example Barton gives is the doctrine of the Trinity, for which there is rather slight foundation in the New Testament, and in Mark’s Gospel we have what might be counted as evidence against, when Jesus says, “Why do you call me good? Only God is good.” (although we could interpret this as a veiled way of saying, “Do you realise you are recognising that I am God?”). This doesn’t discount Trinitarianism; it just means we need to recognise how scripture and belief interrelate.

Barton suggests that Christian belief and the Bible do not always align completely, but are like overlapping circles (a Venn diagram, in other words). We could add to this by suggesting that they are like the two sides of a pair of binoculars, each with a slightly different perspective, but giving extra depth by being so.

A History of the Bible: The Book and its Faiths
Author: John Barton
Publisher: Allen Lane
2019
To purchase visit Penguin Books