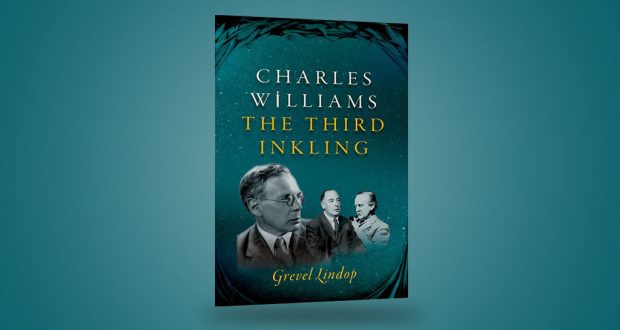 Grevel Lindop’s look at fantasy writer, theologian and magician Charles Williams celebrates his achievements at the same time as it reveals his darker side. Nick Mattiske evaluates how this new biography succeeds in capturing the man and his mystery.

Grevel Lindop’s biography of writer Charles Williams is titled The Third Inkling, but when Williams joined the Oxford literary gatherings of C.S. Lewis, Tolkien and others there was every indication that he would be remembered as the First Inkling, in the sense of importance rather than chronology.

As well as providing the spark that ignited the Inklings’ meetings, Charles Williams was a successful publisher and mesmerising lecturer and his books, though often lofty, were highly regarded. Today he is perhaps best known as a fantasy writer, but there is critical consensus that his book The Figure of Beatrice is a masterpiece of Dante studies, inspiring Dorothy Sayers to undertake her well-regarded translation of The Divine Comedy. He also wrote imaginative works of popular theology.

Lately there has been an attempt to revive his reputation, to which this book contributes. But a darker side of Williams, on which this book lingers, makes that a hard task.

Like C.S. and Warnie Lewis, as a child Williams constructed elaborate imaginary worlds and like Tolkien and other Inklings became enraptured by Nordic and Celtic mythology. He was poorly educated and at the time of the Inklings’ gatherings could only lecture at Oxford because so many of the university’s staff were occupied by WWII, but he read and wrote at a furious pace.

He was inspired by his father, who wrote for popular magazines, though his father was critical of religion—in contrast to his son’s longing for the spiritual, a desire that in adulthood would manifest itself in sometimes strange ways. Because of his father’s reservations, Williams was not a naïve believer; he understood the arguments against Christianity, which later would only help his theological writings. His priest described the otherwise pious adolescent Williams as having “too many brains”.

Williams was a Londoner by birth and at heart. He worked at the London office of the Oxford University Press where the more commercially focussed staff famously derided their ivory tower Oxford colleagues. Lindop describes Williams as a “worldly wise publisher”. He was the first to publish Gerard Manley Hopkins and English editions of Kierkegaard, and edited OUP’s world classics series. He was also a friend of T.S. Eliot and W.H. Auden, whose modern poetry was influential in moderating Williams’ archaic style.

Williams thought of himself primarily as a poet, but not everyone was enthusiastic. Philip and Carol Zaleski, recent writers of a lively joint biography of the Inklings, describe everyone except C.S. Lewis as being dumbfounded by the obscurity of Williams’ poetry. And his theology could be described as odd at the very least, stemming from the fact that Williams sustained a long fascination with the occult. He participated in quasi-Christian but fantastical secret orders that were influenced by Gnosticism and pagan superstition, and seemed to believe in the power of magic, even writing a study of such. He also indulged in (unconsummated) affairs with young women which degenerated into manipulative and sadistic games that Lindop labels an addiction. And Williams had some rather funny ideas about the way sexuality expresses spirituality.

The Zaleskis note that fierce literary critic F.R. Leavis, of all people, insightfully described Williams as an immature Christian who was stuck in the adolescent phase of finding evil fascinating. Williams’ theology was perhaps a form of escapism akin to fantasy and science-fiction writing.

At the same time there is a sense that Williams’ theology was of an intellectual sort that was rarely expressed in everyday practice. It was skewed towards the mystical and ritualistic. This biography gives little indication of the progression of the practical side of Williams’ faith, or emotions, for that matter. His letters at age fifty read like those of a romantically thwarted 16 year old.

There were two sides to Williams’ personality, even to the extent of simultaneously appearing honest and open to some friends and reserved and mysterious to others. He could be a megalomaniac, at one time exclaiming, “I begin to believe I am a genius”. But he could also be generous and enthusiastic, which partly explains his appeal to young women.

Williams’ dark side is not necessarily a reason to dismiss his writings. We are all somewhat two-sided, capable of good acts and bad thoughts. As the Lutheran theological tradition suggests, we are simultaneously saints and sinners. Nevertheless this otherwise thorough biography, in its attempt to make us warm to Williams’ genius, is hampered by its portrait of a disturbed figure whose Christianity was entwined with its opposite.