Home > Scoop > Book review: How My Life Expanded Beyond My Expectations 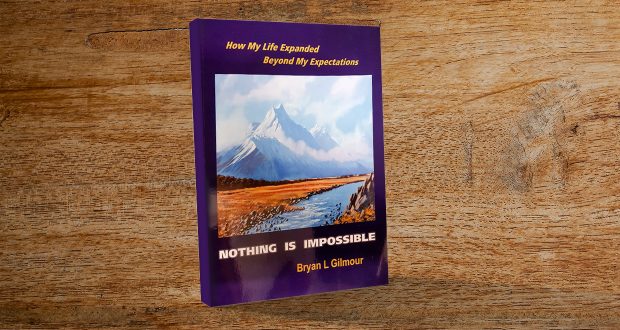 Former Queensland Synod Moderator Bryan Gilmour’s How My Life Expanded Beyond My Expectations is a grass roots story of Gilmour’s ministry in the life of the church in Queensland but as Dr John Harrison discovers it’s also a valuable manual for the hows and whys of effective ministry.

Shortly after I became editor of the Queensland Synod newspaper in 1983, I read Ken Dempsey’s Conflict and Decline: ministers and laymen in an Australian country town. It was the harrowing tale of the ministry of a young country parson founded on the zeitgeist of the late 1960s and 1970s.

It was what we scholars now call “auto-ethnography”, a structured and reflective form of autobiography—not a mere telling of tales, but an attempt to understand what was happening, and why. Dempsey (1934–2017) left the ministry and became one of Australia’s leading sociologists at LaTrobe University, but was reconciled with his original vocation in his last years. It was, however, this book that focused my attention on the issue of “clergy burnout”—insurmountable aspirations and expectations—which led to a series of articles in the Synod paper about the problem. One of these articles, by Don Whebell, subsequently won an Australasian Religious Press Association award.

As we mourn the loss of, and celebrate the contribution of, the inspirational Noel Preston, I am reading Bryan Gilmour’s story of his life and ministry. He has called it How My Life Expanded Beyond My Expectations: Nothing is Impossible. At 89-years-old, Gilmour, a former Queensland Synod Moderator, South Moreton Presbytery Minister and the innovative leader establishing the Logan Parish, has not simply told us what he has done, but how he did it.

At one level, the book is a valuable historical resource for the way Bryan charts how innovations such as the Bethel Bible Course (to identify just one) became part of the life of the church in Queensland. It’s about how things happened at the grass roots. At another, more profound level, it is a manual of what to do and how to do it. For those with eyes to see, this is a work of auto-ethnography which tells the how and the why.

A special, and very effective, part of Bryan’s ministry has been the role he has played in establishing parish-based Christian schools. Before Bryan Gilmour we only had the PMSA model of church schools, and it is an open question on how well that model has worked. The Christian schools movement has been the most significant development in education in Australia in the past 50 years. In Queensland the Logan School and John Paul College are testimony to the vision and drive of Bryan Gilmour.

Another thing that struck me in reading the book, is how effectively Bryan (and his wife Doreen) worked in teams. To take just two examples—his teamwork with Brian Whitlock at Inala, and with Dennis Robinson at Logan. In partnerships such as these is the real dynamic of Bryan’s ministry (while writing this I have become aware of the passing of Brian Whitlock).

Moreover, Bryan offers in summary form the keys to the effectiveness of his ministry in various situations. These are very valuable, and here I offer word-for-word his strategy for Logan Parish.

“A strategy for mission for the Logan Uniting Church:

1. Understanding the dynamic of mission

What is the mission of the church? What does it mean to be a disciple? What is our place in that mission?

Who are we? The first three years.

4. Effecting our calling to mission

Selecting a strategy: Choosing a Form Concept. The Discipleship Concept.

Planning to Pray—praying to plan. Determining the goals.

Resources needed to reach the goals. Setting and organising the goals. A clear timeline and plan. The budget needs and supply.”

I have included this section from Bryan’s book in full, not only because it gives insight into his ministry, but also provides options for readers to apply in the future.

And one final, random note. The cover of the book is a stunning painting of Mt Cook in New Zealand, bathed in sunlight, foregrounded by one of the glacial streams that run off that mountain. It is a familiar scene, appropriated by Peter Jackson for Lord of the Rings. The surprise lies in the fact that the painting is by Bryan himself.

Dr John Harrison is a senior lecturer in journalism and professional communication at The University of Queensland. Between 1979 and 1991 he served the Uniting Church Assembly and the Queensland Synod in a number of roles.

How My Life Expanded Beyond My Expectations
Author: Bryan Gilmour
To purchase this book please contact Bryan Gilmour.
$25 each plus postage [for one to eight copies mailing costs will be $10 (for one copy $35; 2 copies $60, etc.)].